At noon, the children started coming home from school. Passing the museum, they were curious about what was going on. They wanted to help – and they did – but they were certainly up for more action than could be immediately supplied by taking turns at sawing wood planks. As they grasped the idea of the museum, some started to collect things – old books that had been scattered in the bushes, old pottery, broken furniture, etc.

We made a ship. This was clearly an artistic idea. There is no connection to the sea for people living on the West Bank. We stumbled on the ship as a symbol for many people we met. The great plan was to sail the 12 km from Birzeit to Ramallah. The children were ready.

We never reached as far as Ramallah. The ship was not built for long distances, even though it did have a hand brake – “handy brake – handy brake!” – inspired by the local youngsters frequent use of hand braking while driving their dad’s car. The ship swayed and wound around the narrow streets of the old town, when the kids were out “sailing”. A video recording of one of these sailing trips became the most popular video of the young generation. They would come and watch “The Ship” over and over again in the People’s Museum Cinema.

Extract from the book about People’s Museum in Birzeit, Palestine. 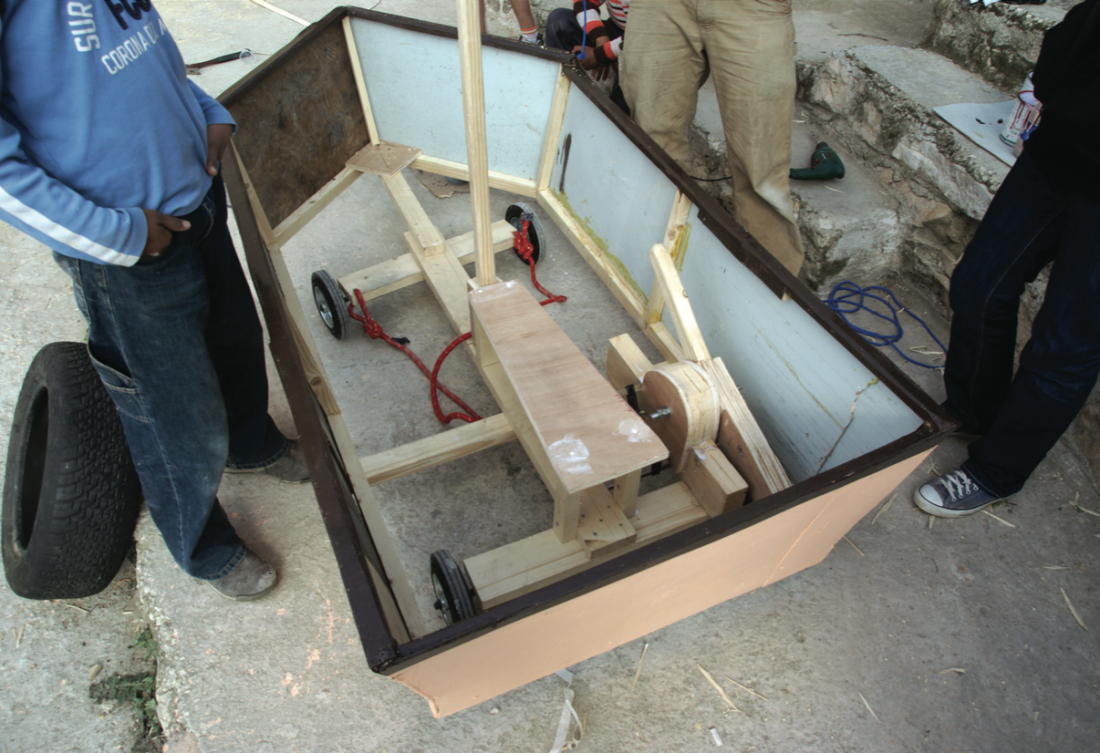