Power To The People @PANCEVO BIENNIAL

we began this project as an experiment: our idea was to use extension cords as a catalyst – to ask people to improve or assert some control over public space, to share with each other an individual sharing with another individual, or as individual sharing with The People. we imagined lots and lots extension cords going out of windows into neighbours windows, and coming out of other windows and going into the street.

while thinking and planning we met two people who had all ready done far more work than we could manage to do to improve a public space. Therefore, we decided to talk more with these people and represent their efforts – they did our project better than we could ever do…..

when people asked what we were doing, we tried to explain. sometimes, when we could speak english with each other, we found a sympathetic ear – but when it came time to ask if we could “plug in,” it always seemed like we went too far, asked too much.

people didn’t quite trust us. – and why should they? we’ve only been here, walking these streets for a day or two!

hours later, we walked by and they were still there, and we began talking some more. they told us that they put up the street lights in the courtyard and powered them, with their own money. they pointed to the very intricate graffiti on all the walls, and said they had paid graffiti artists to come and paint there.

they described how there used to be someone who came and maintained the courtyard, but they stopped coming. there used to be water in the pool and light bulbs in the lights, but the city stopped paying for it.

they said that if they didn’t make the courtyard better, no one would.

when we got this space, it was very dark outside, and drug addicts slept there. then we put up these lights, and now it’s a lot cleaner. that was a year and a half ago.

then we met two artists, and paid them to make this graffiti. we paid for the graffiti, but for the lights, i convinced a few other shops to help pay to put them up.

the people living here were happy for the lights, but not for the paintings – they said the painters were criminals. they ask why we would pay for something like that. they’re very old fashioned!

the politicians of pancevo are not interested in this place. they won’t pay for water for the fountain. that’s problem. it’s been dry for twenty years. we’ve asked them for water, and they’ve said “no.” now people throw garbage from their windows into the fountain.
we’d like to make a mountain of rocks and stones here, with a waterfall – but if i did that, they’d throw me in jail!

we’ve asked many times for these trees here in the yard, and finally they came and planted ten.

jasmine and Bojan did something that we could never have done. we could certainly have painted graffiti and installed lights – we talked about the need for lights many times. but Jasmine and Bojan live and work there – they can power, and maintain the lights and courtyard every day, week, and year.

in the end, we have to return home to our own lives. they are – wonderfully – asserting an initiative and control towards their environment, improving it and their daily life. and they’ve succeeded.

this is precisely the difference between our actions. our plan was to create a moment of collective sharing and participation – possible and special exactly because it would be a temporary event. and, while Jasmine and Bojan have a commercial interest in improving the courtyard, our goals and ideas are aesthetic ones. while the objects might be the same – lights, power, paint, brooms – the outcome is exactly opposite: we proposed a a temporary “escape” from the norm and it’s problems and routines; Jasmine and Bojan have changed the terms of the norm, and created a new norm.

and now, this, the new norm becomes simply The Norm – and a new challenge begins: change it, improve it, and hopefully, find a moment to escape it! 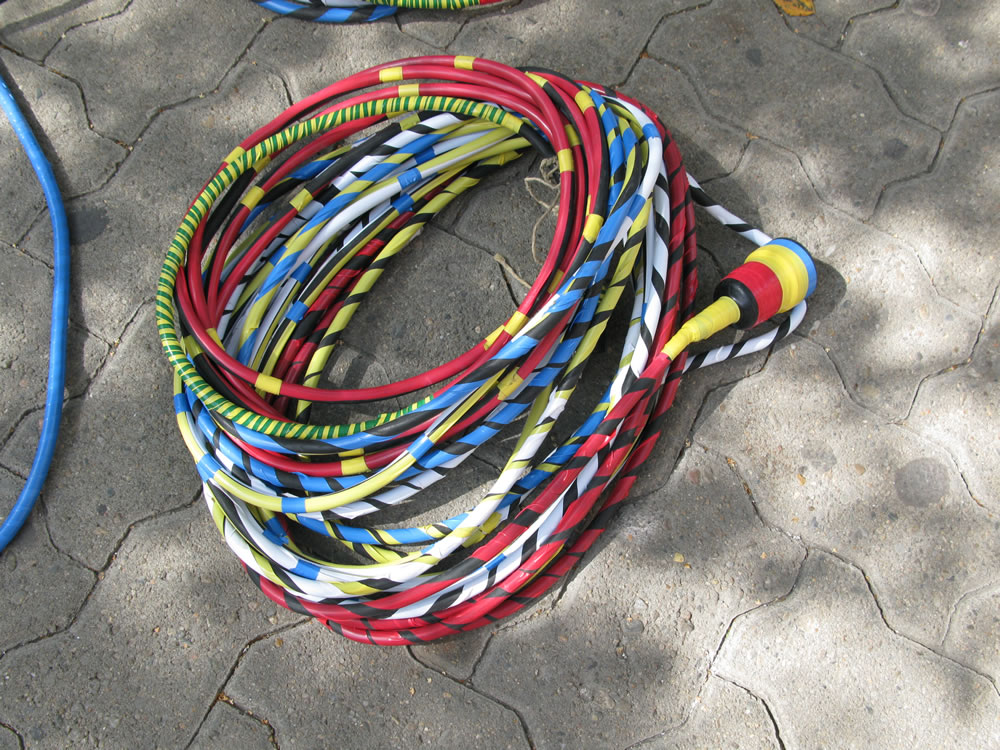 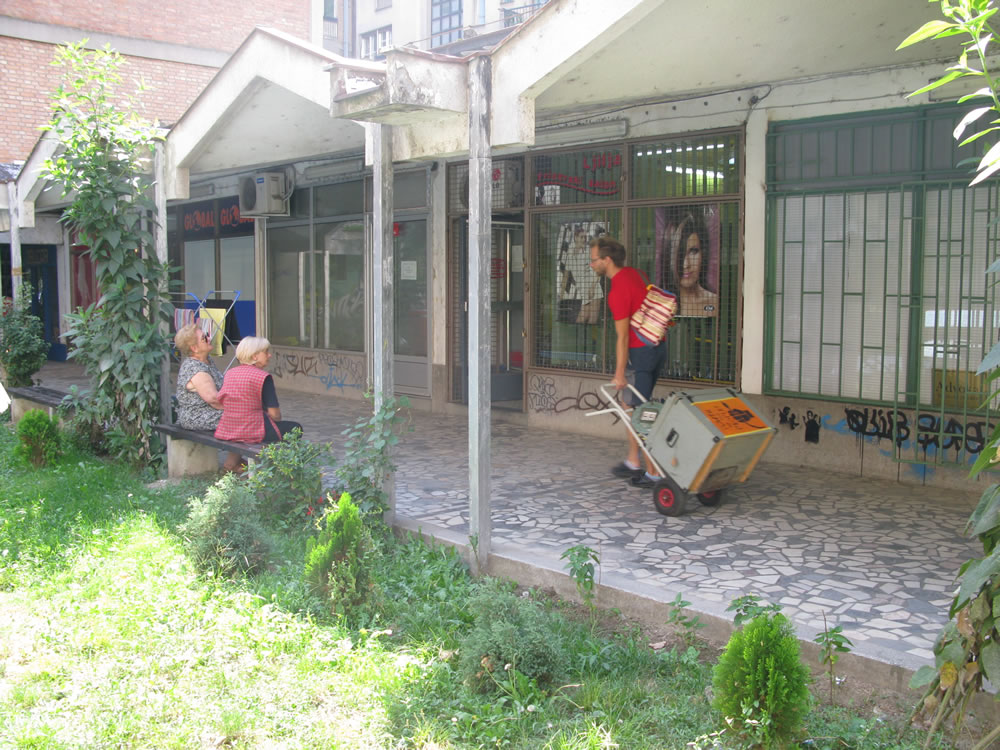 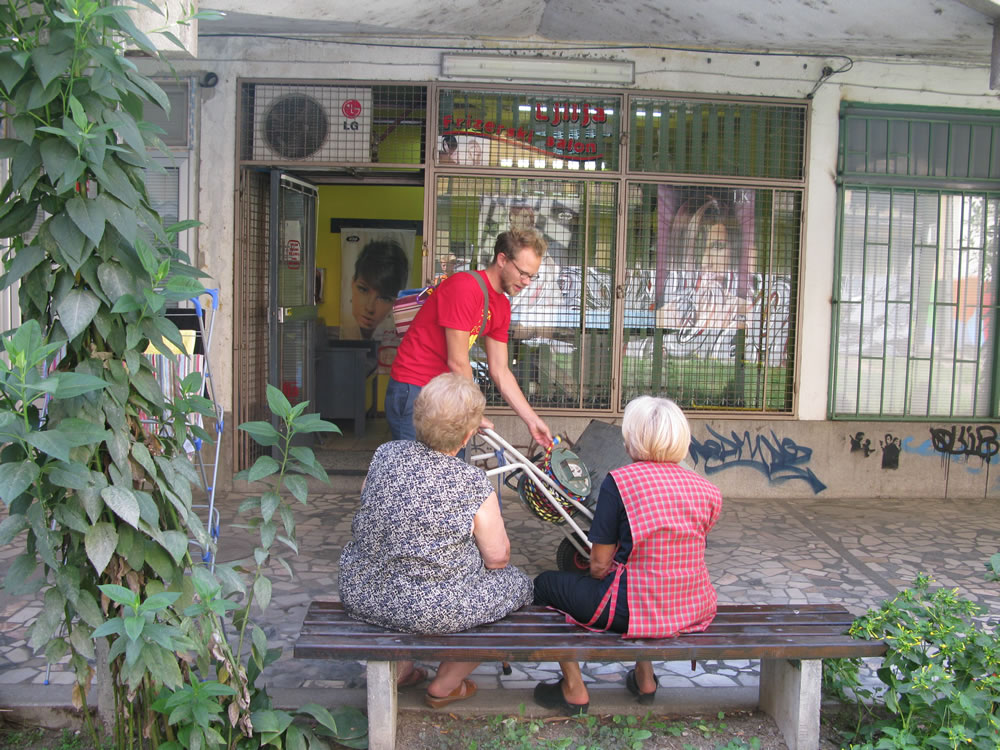 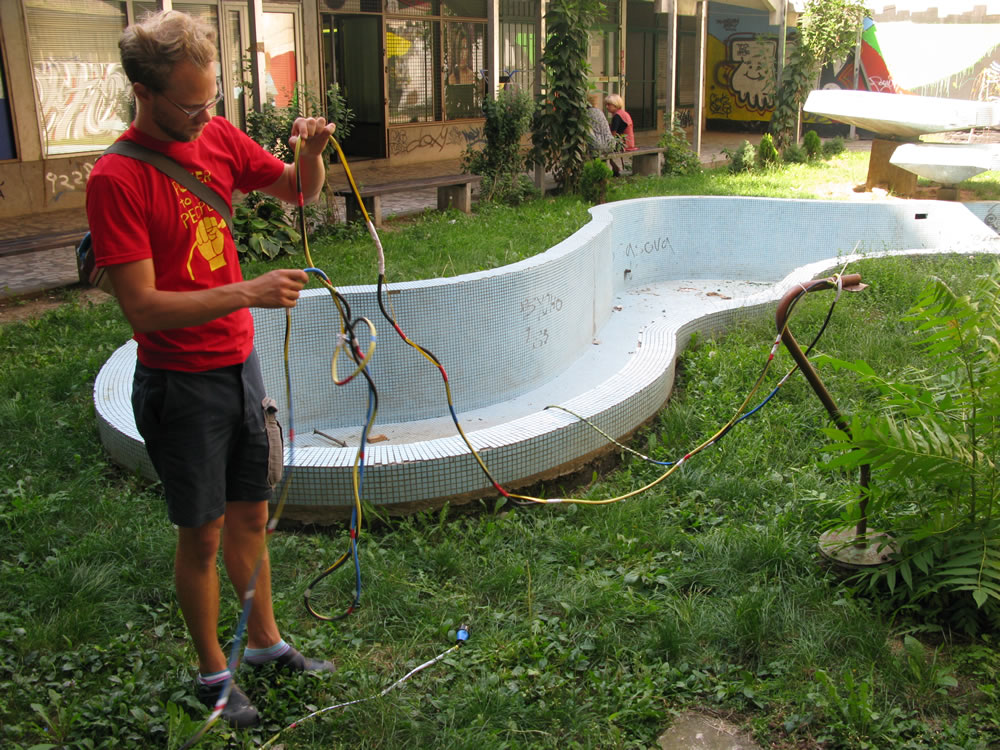 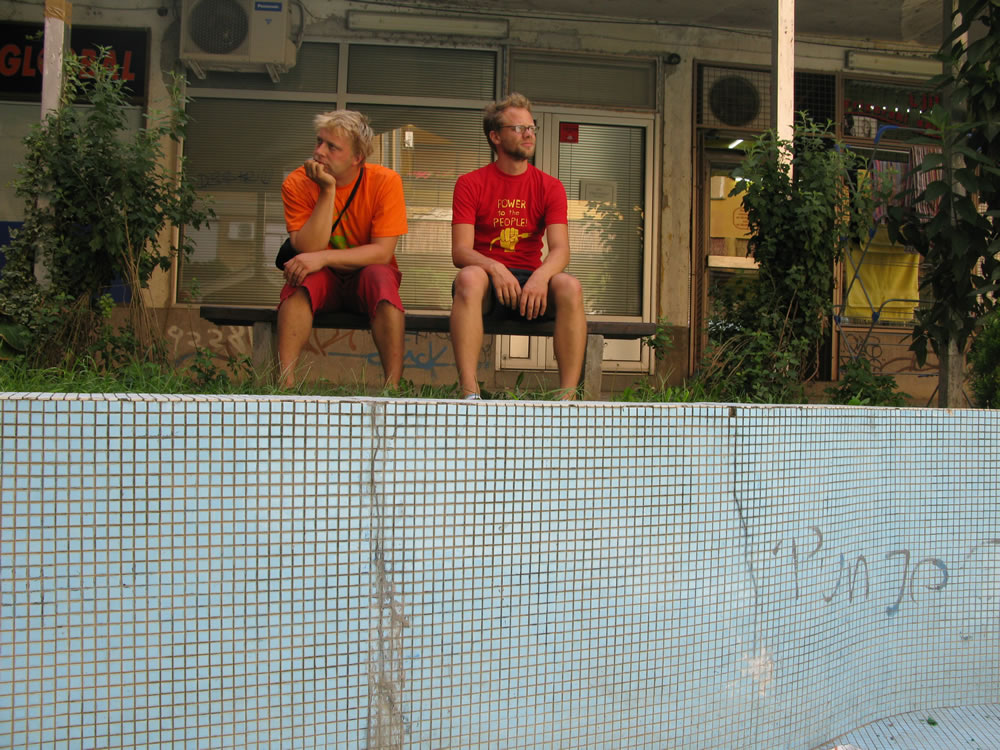 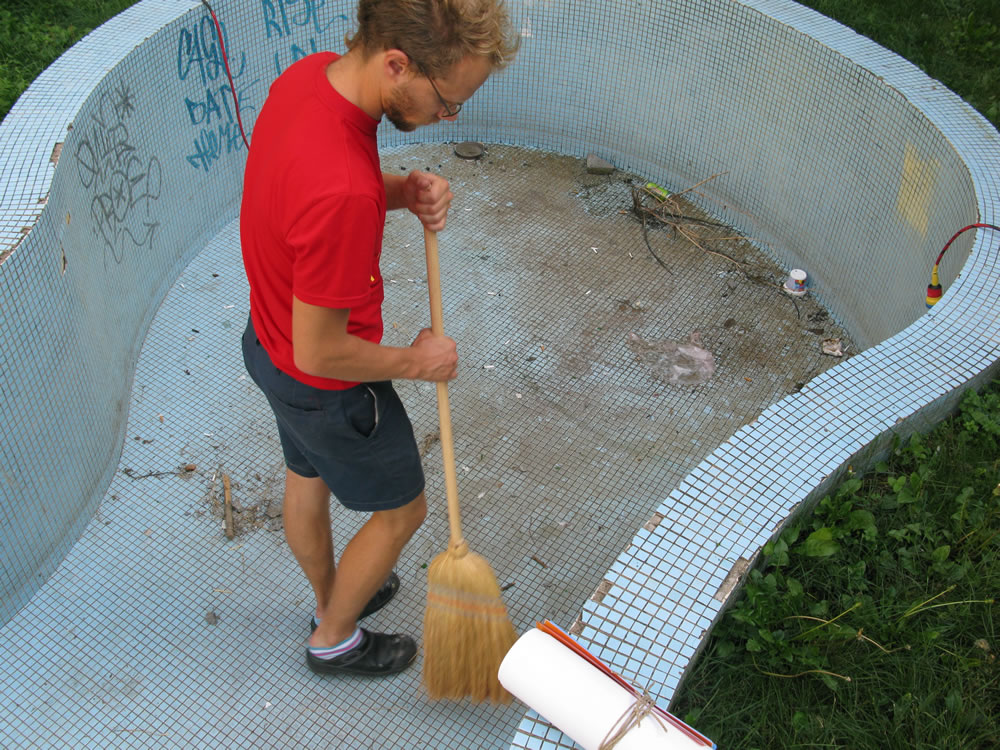 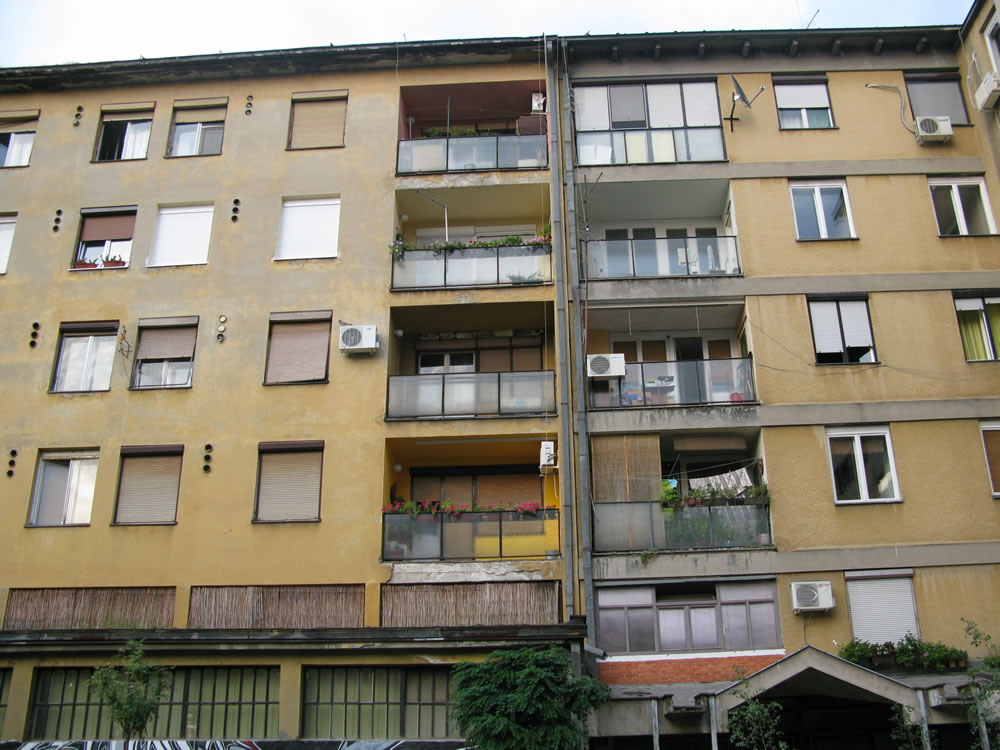 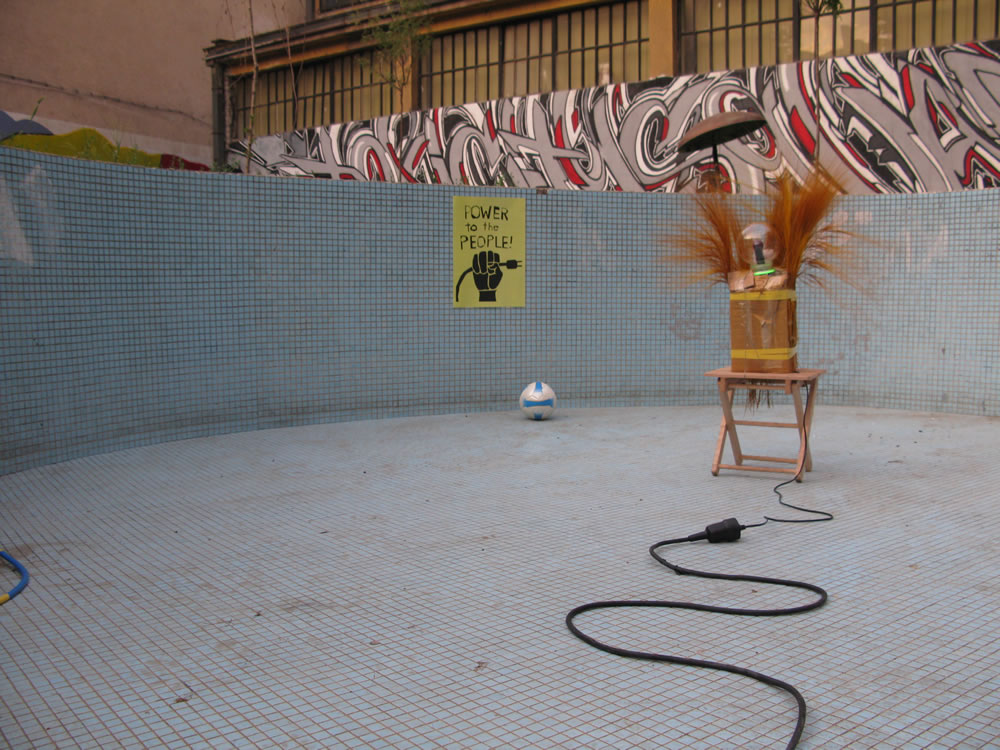 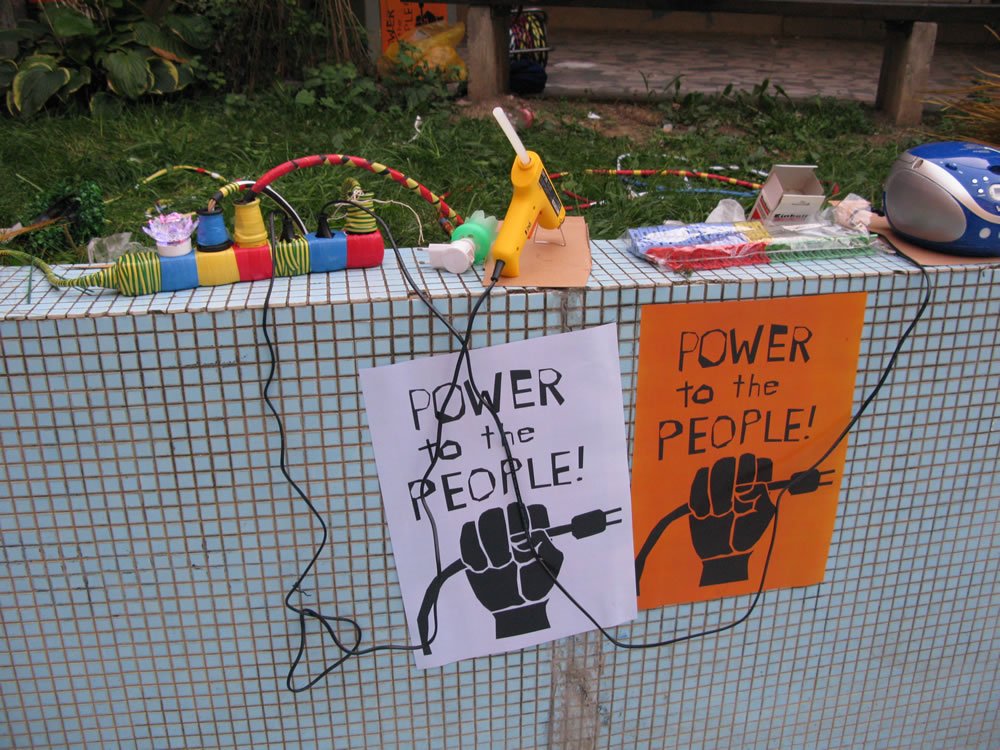 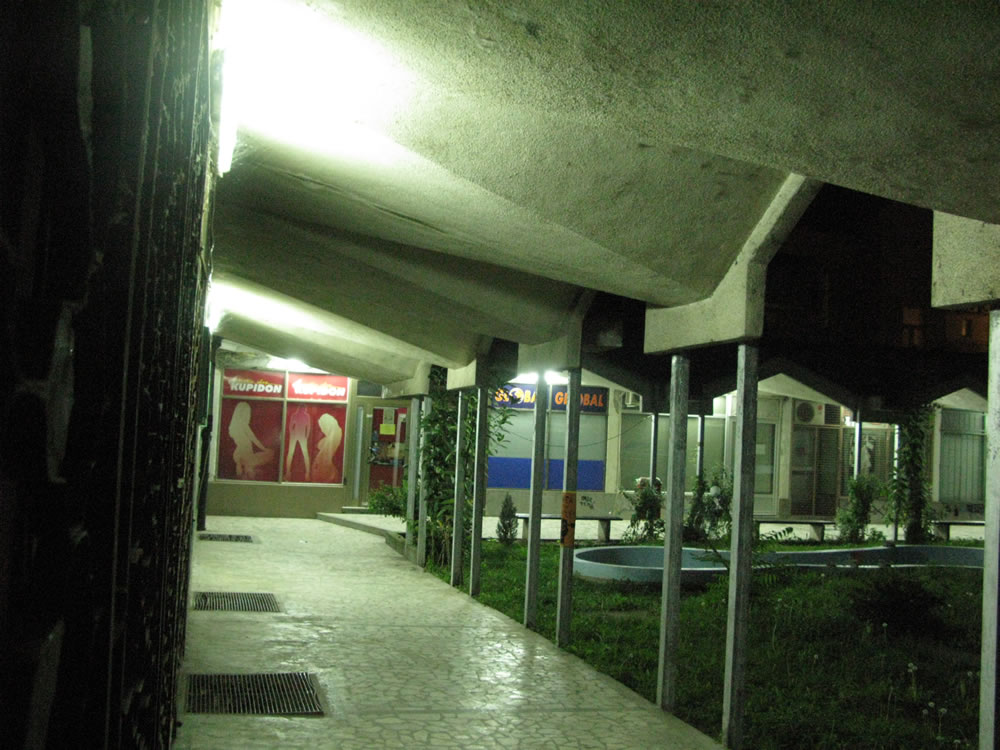 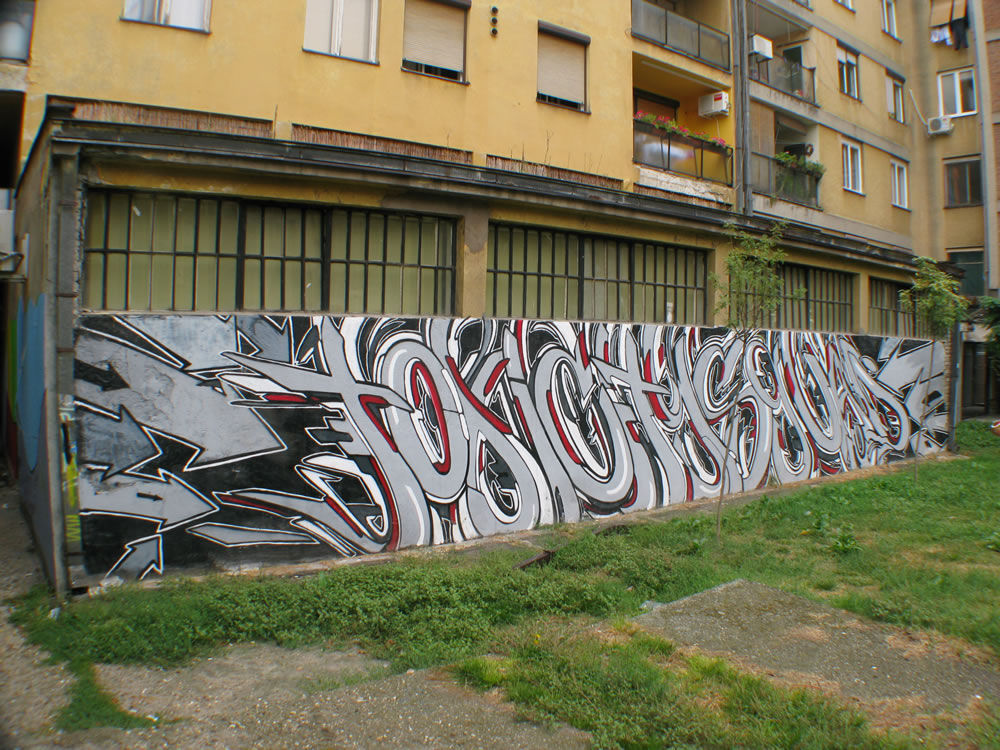 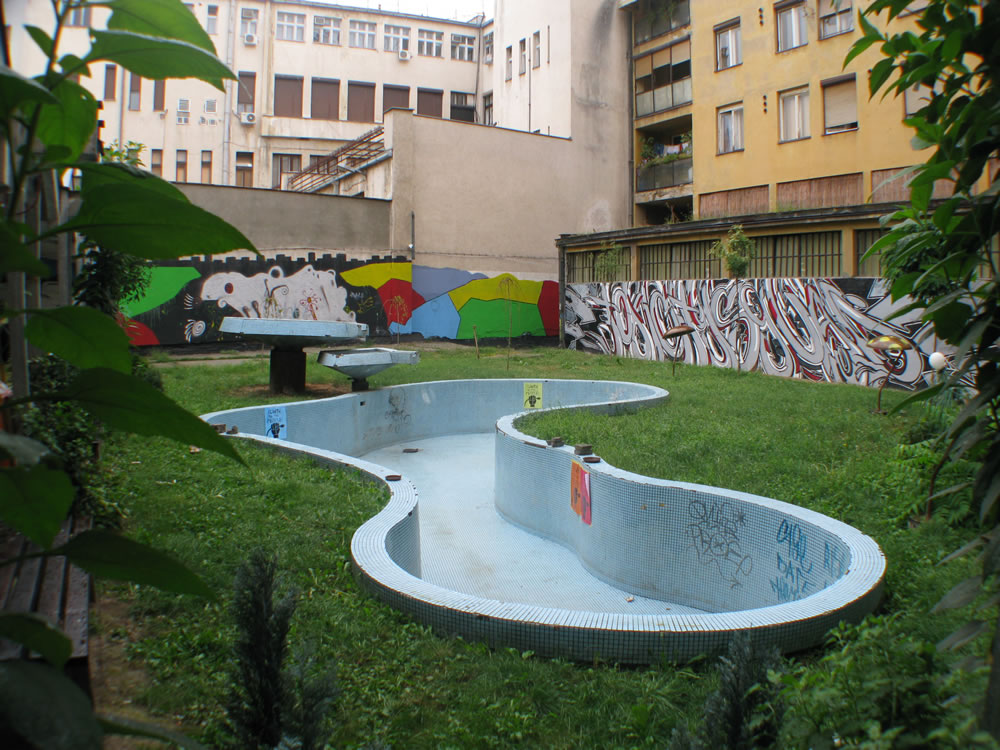 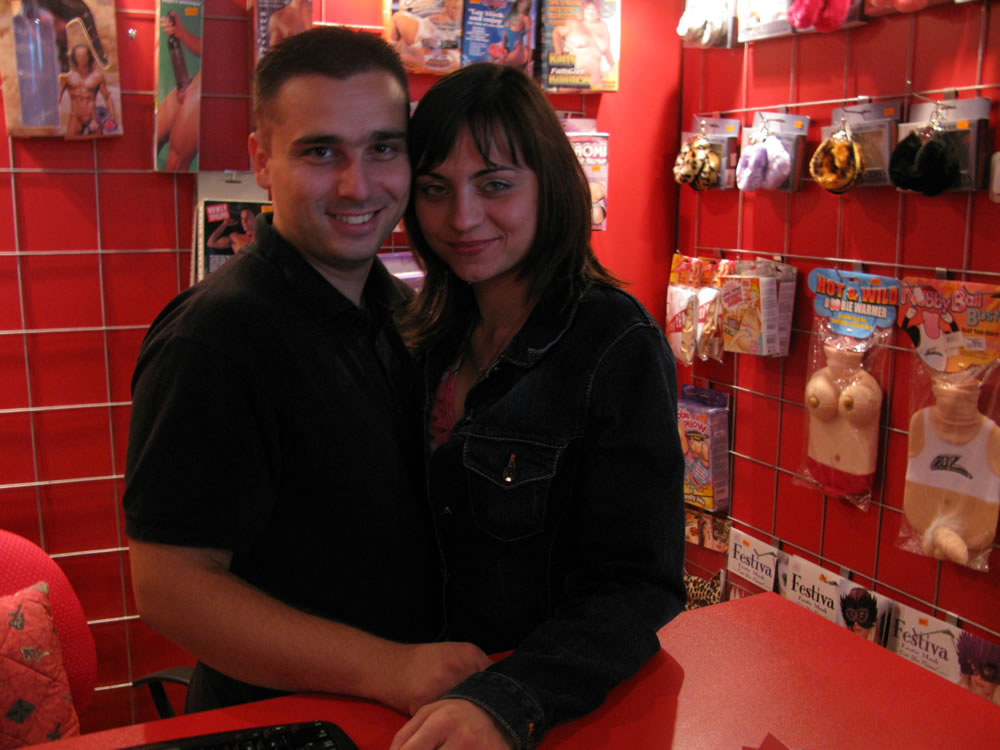 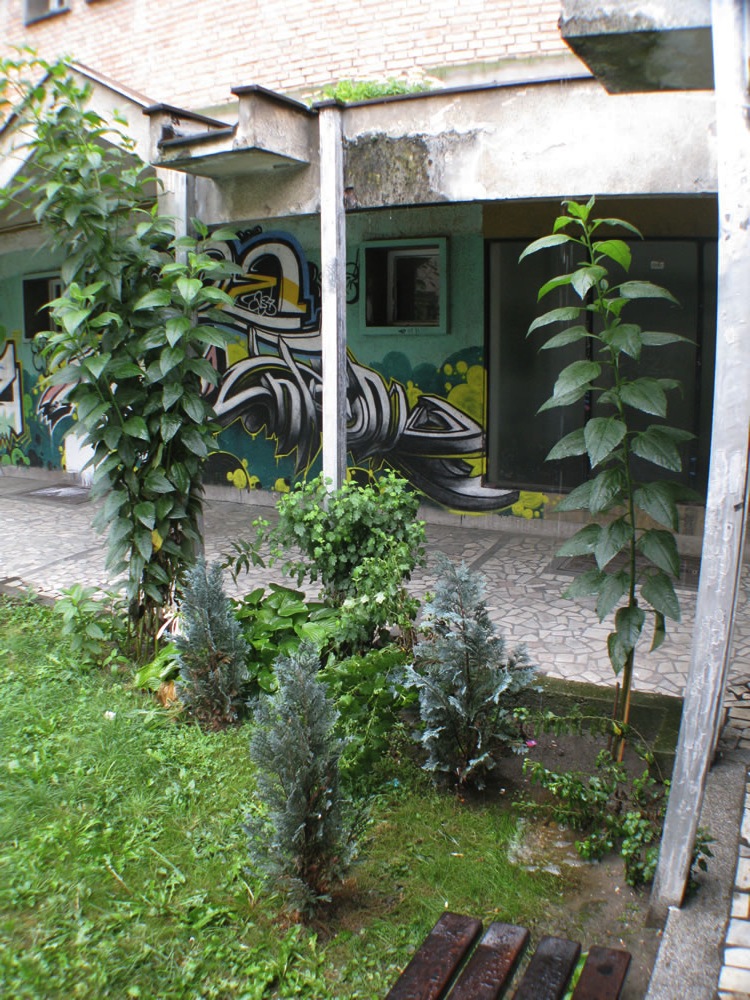 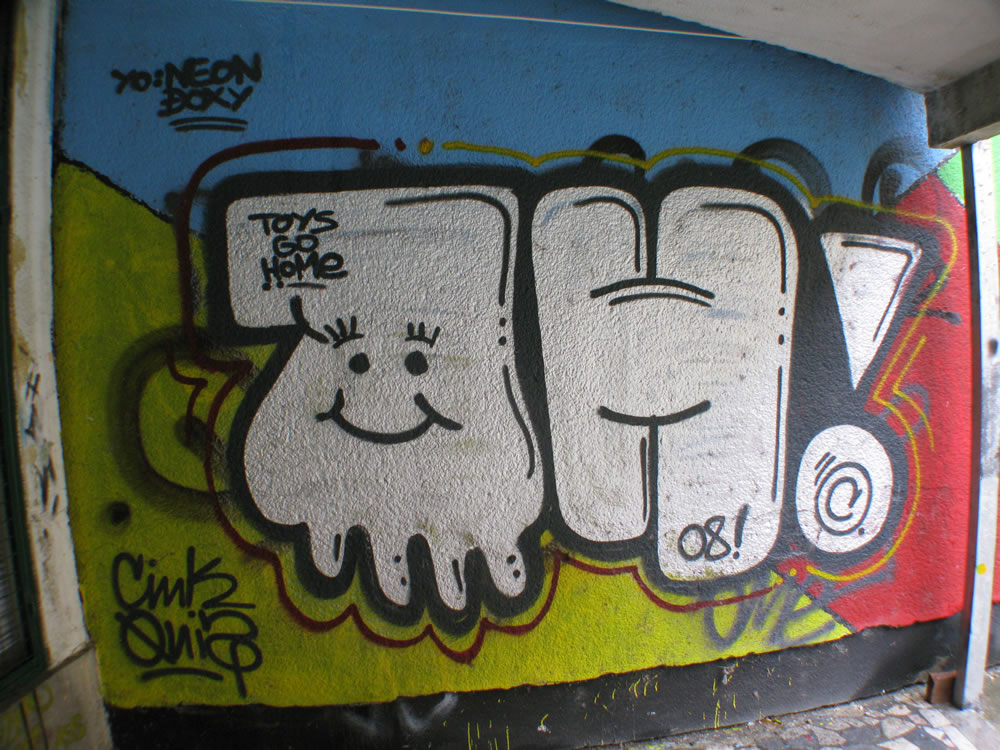 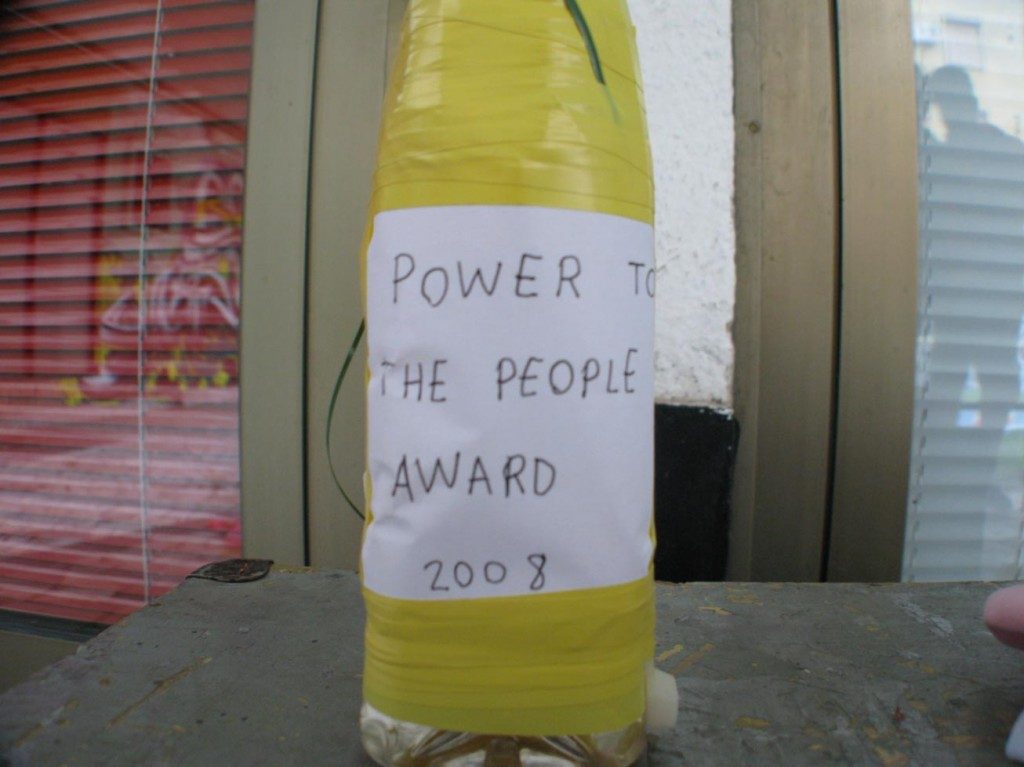 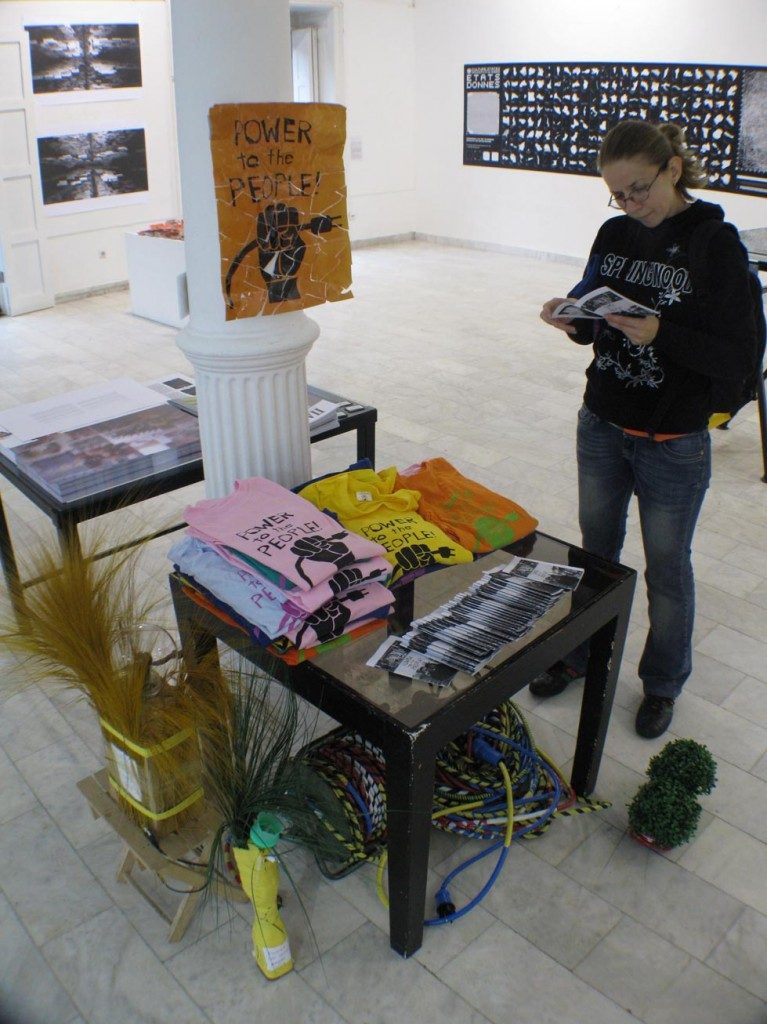 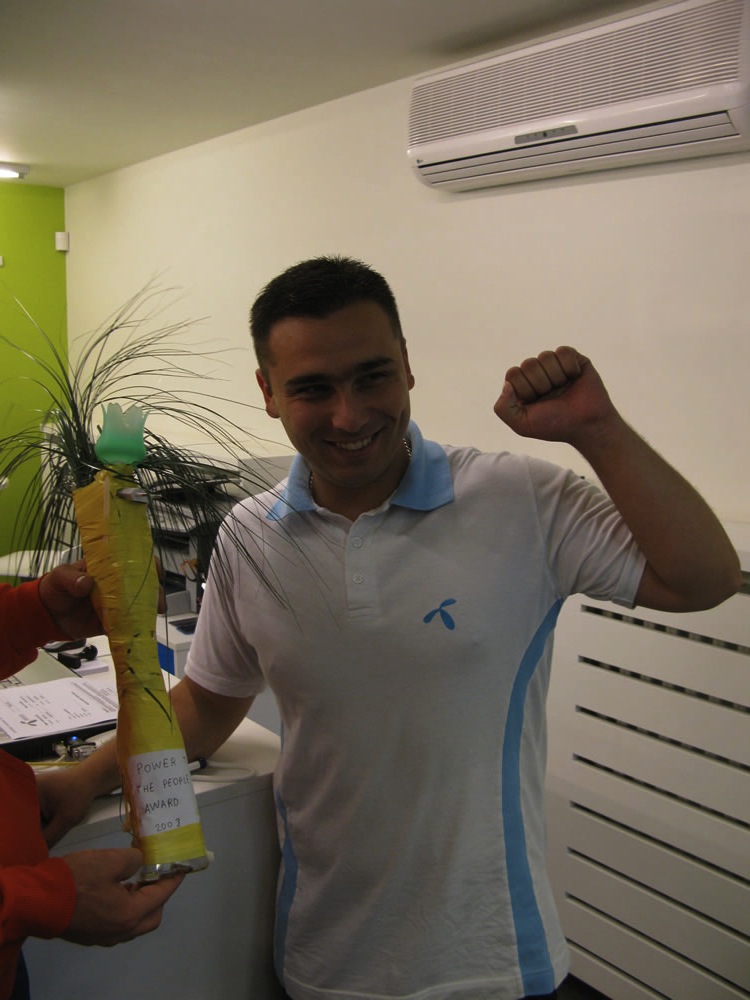 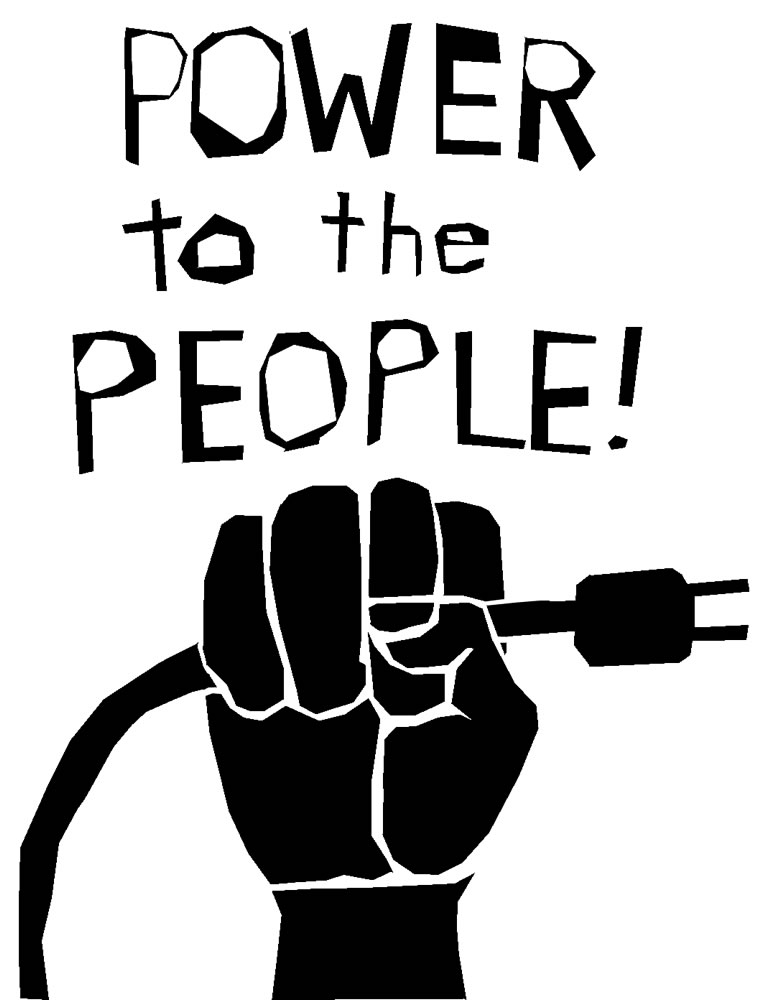