What kind of game do you want to play? And what kind of life do you want to live? Grand Prix is an exhibition, an experiment and a game about the society in which we live. Enter a world of sculptures, installations, costumes and other things. Get involved. 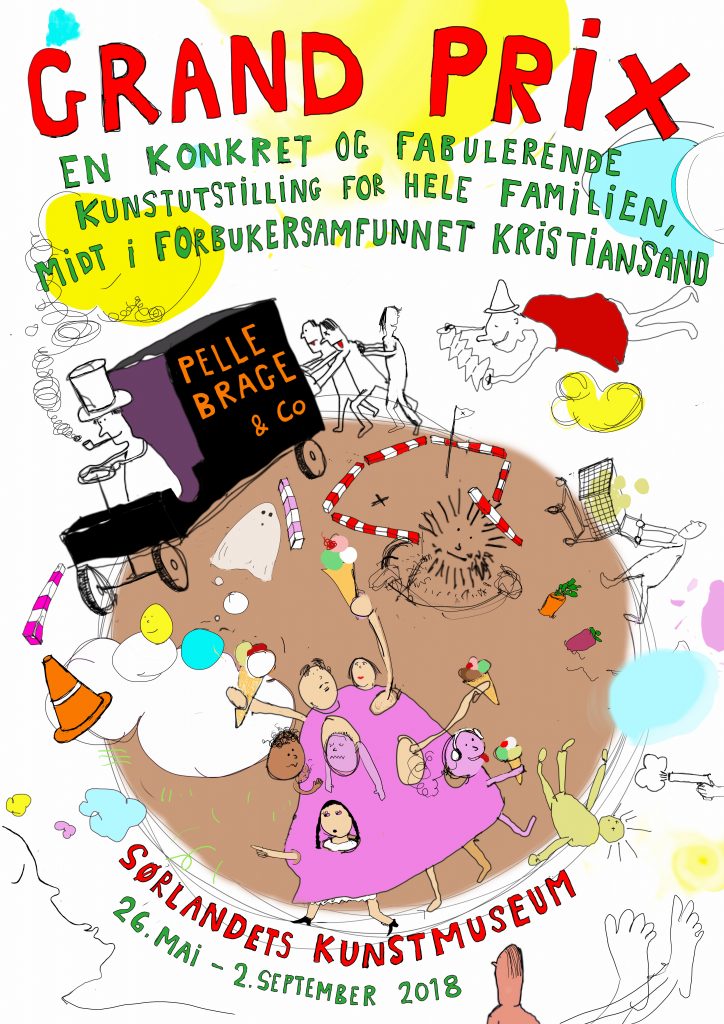 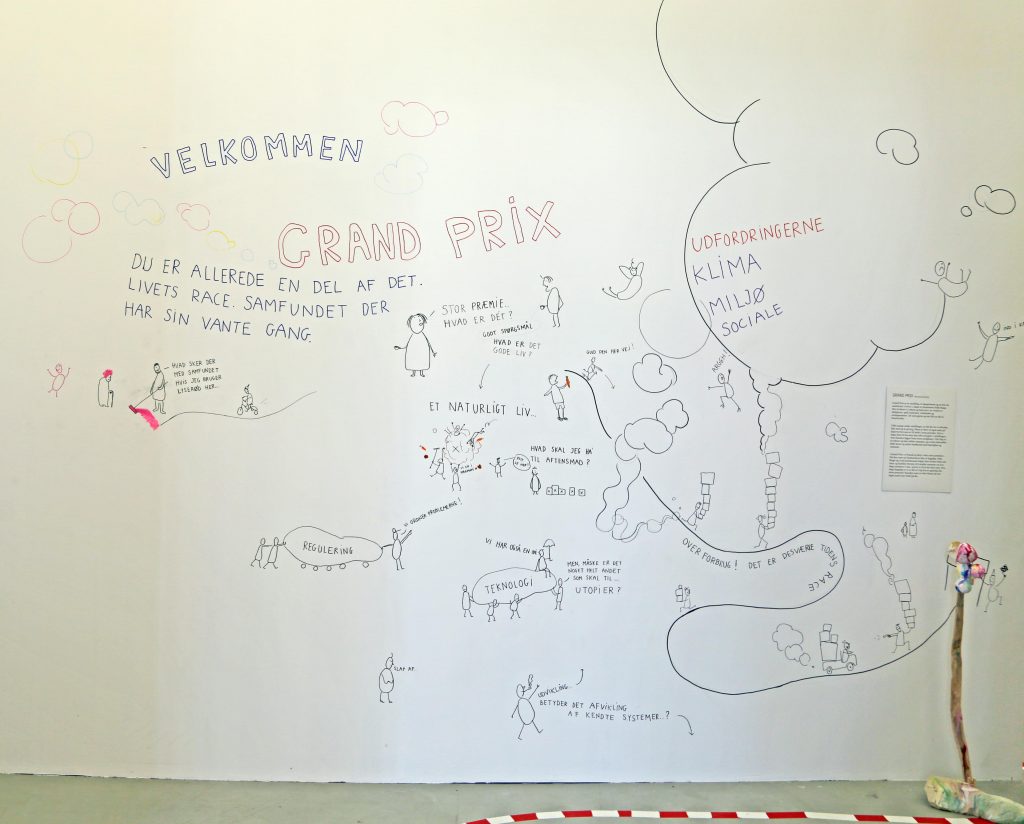 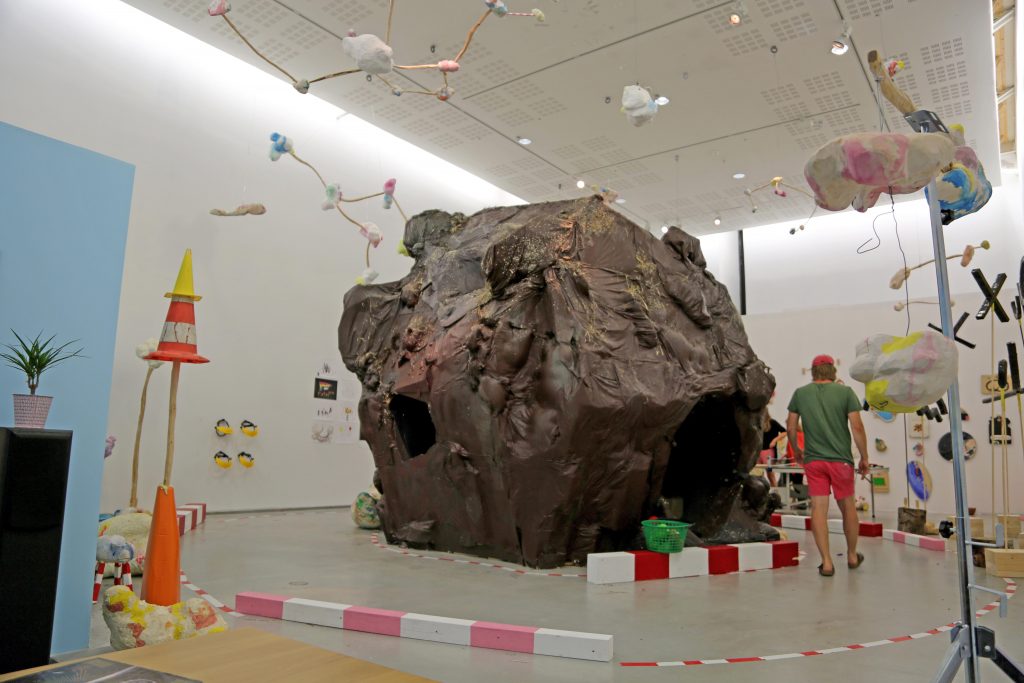 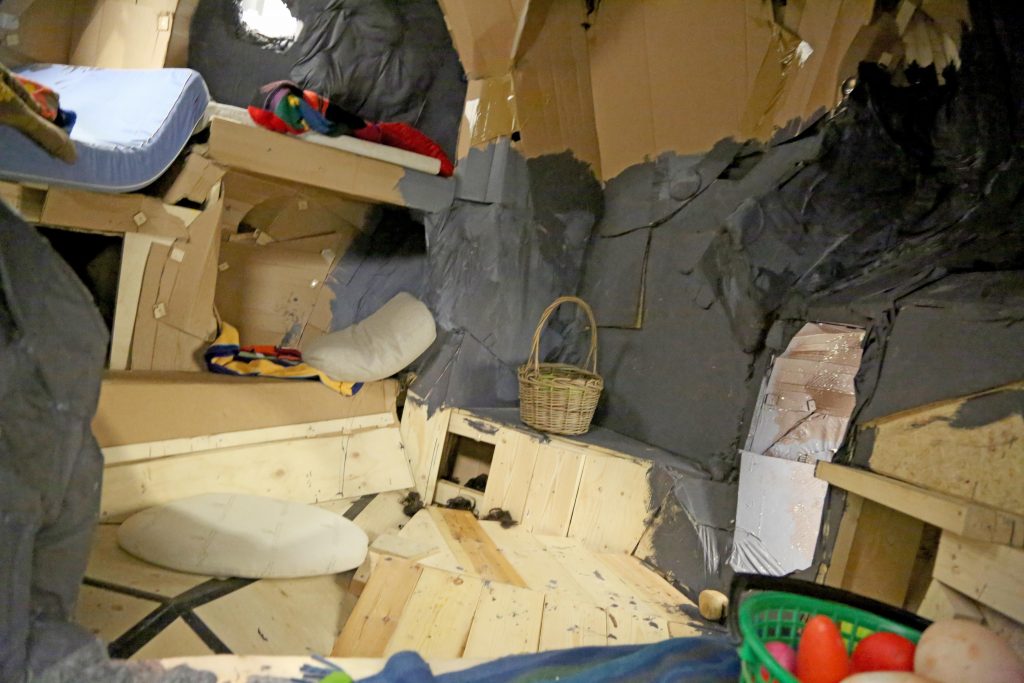 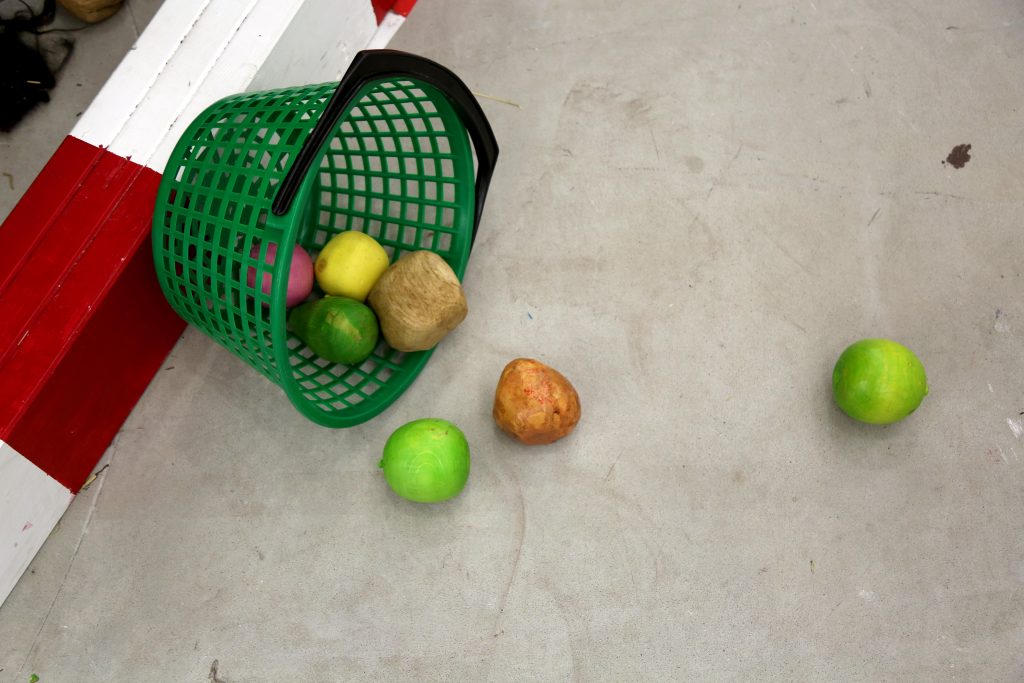 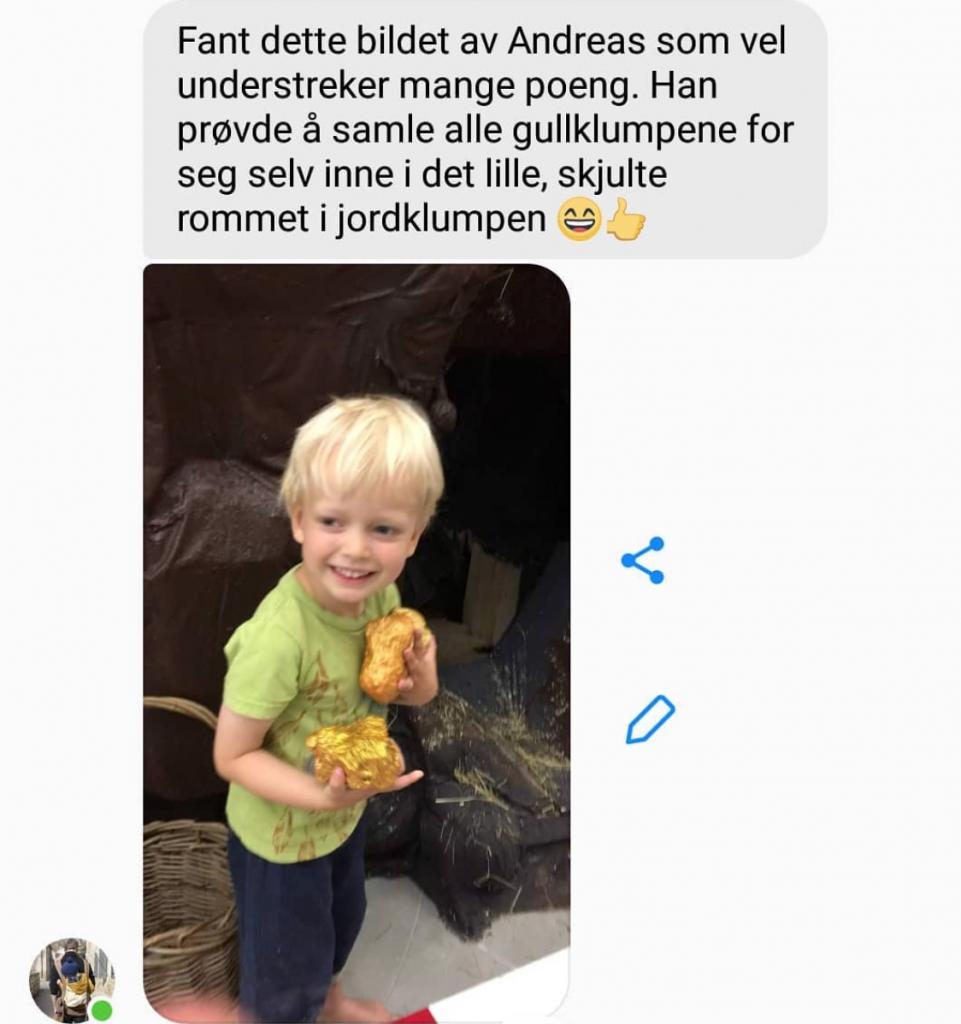 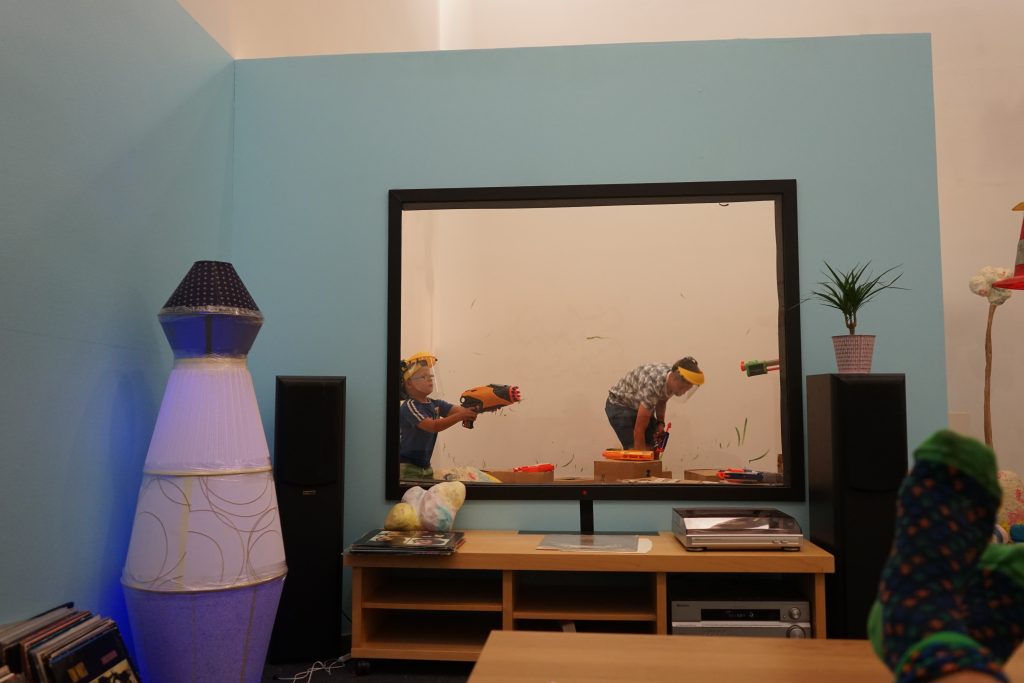 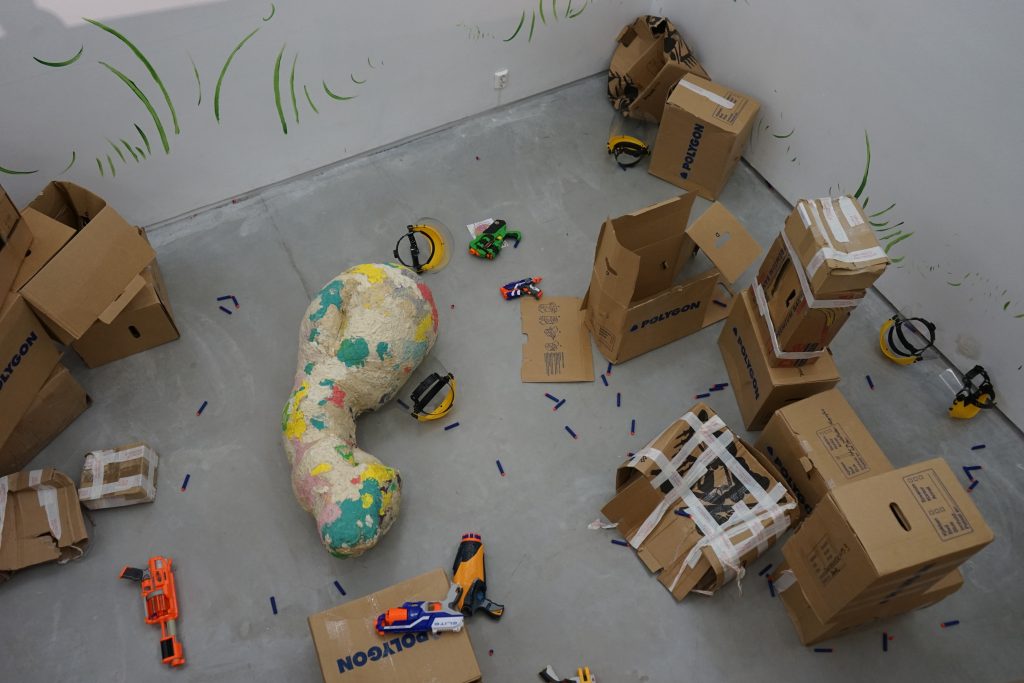 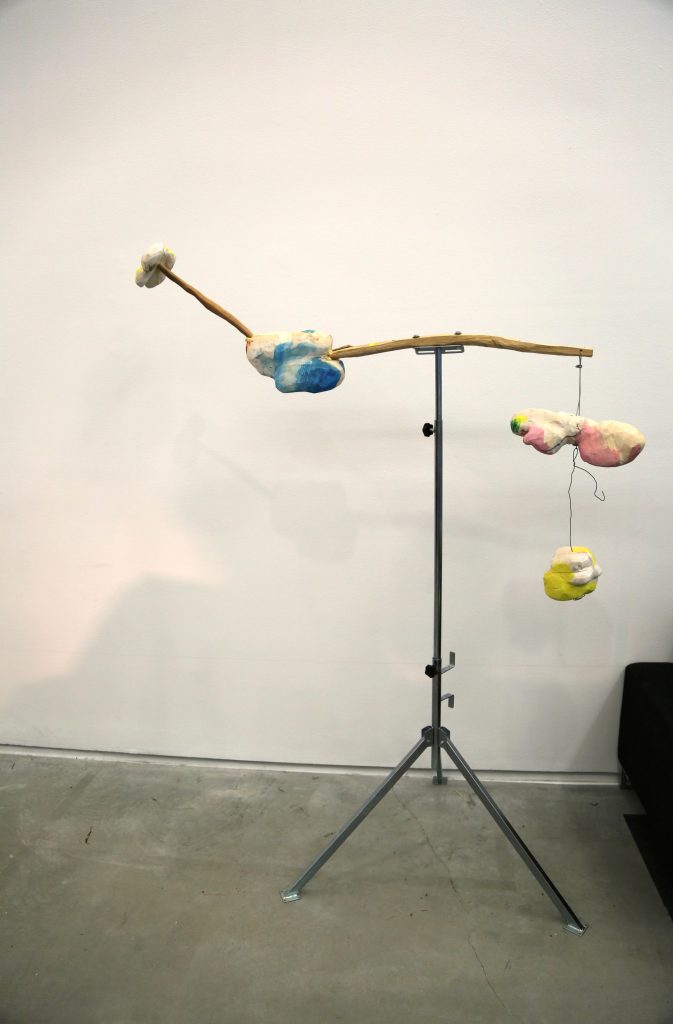 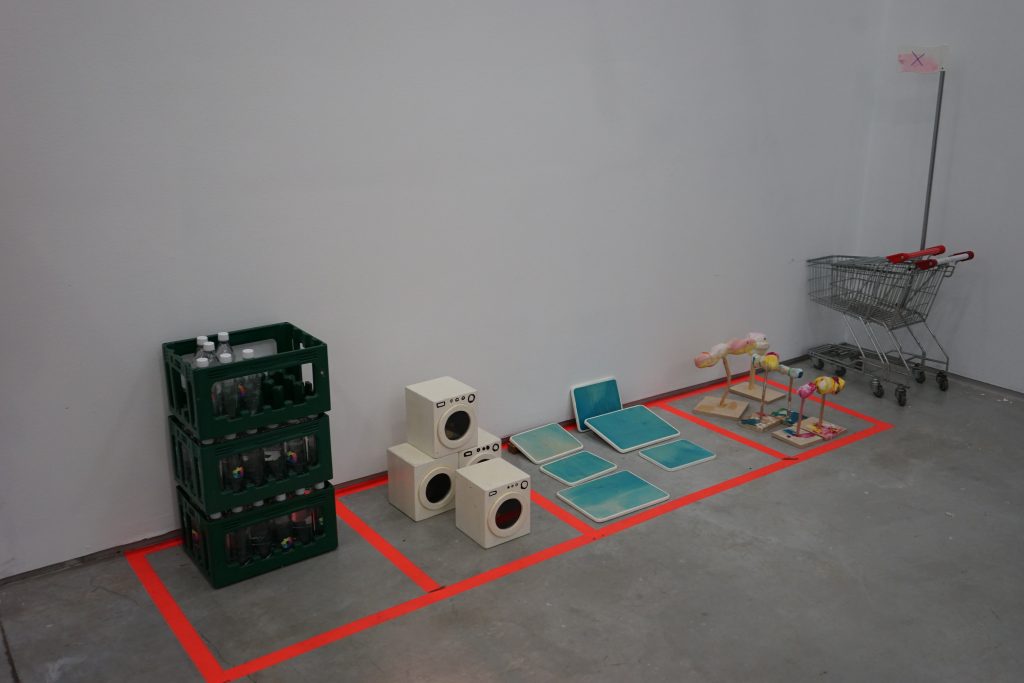 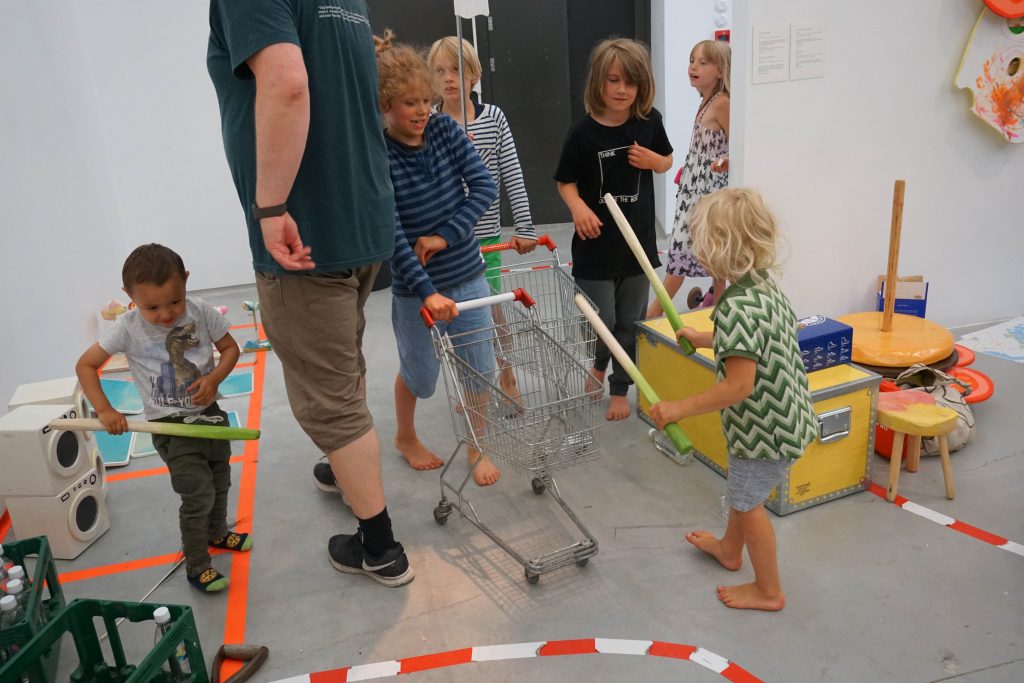 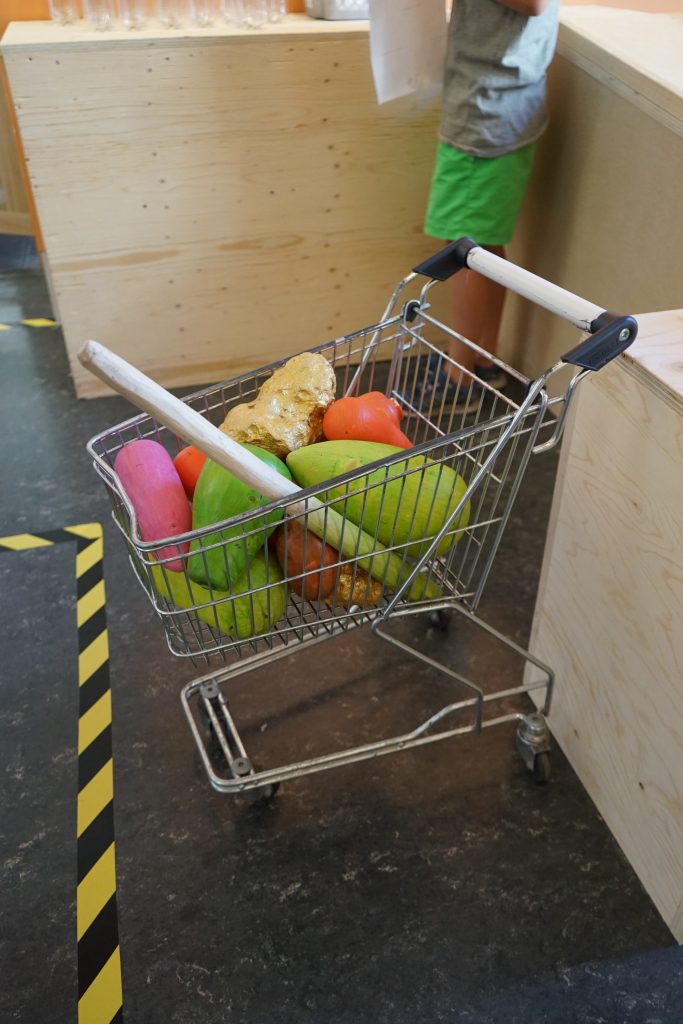 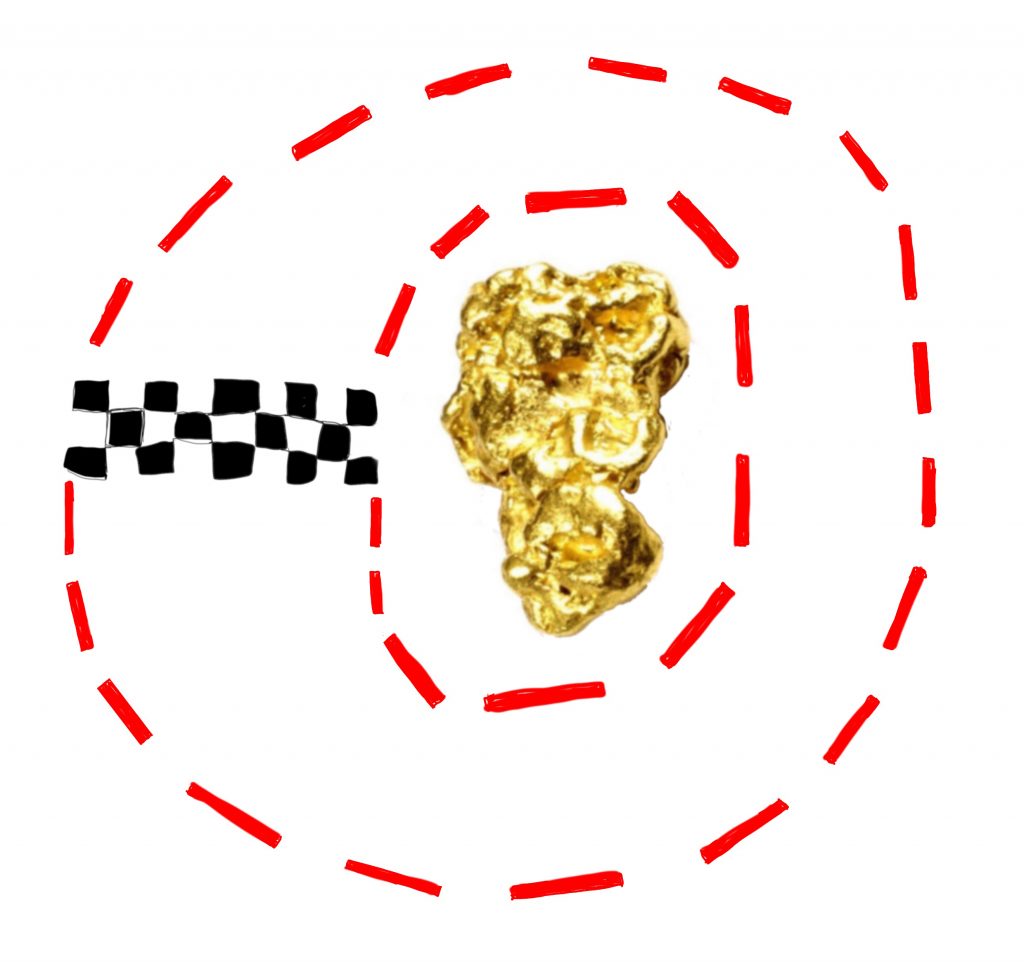 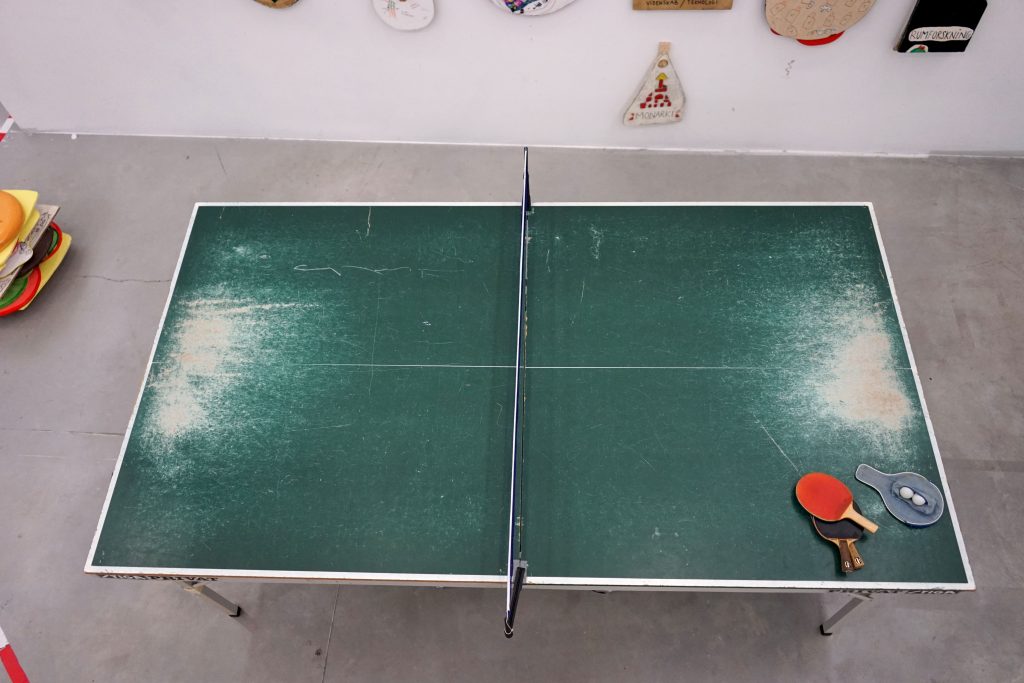 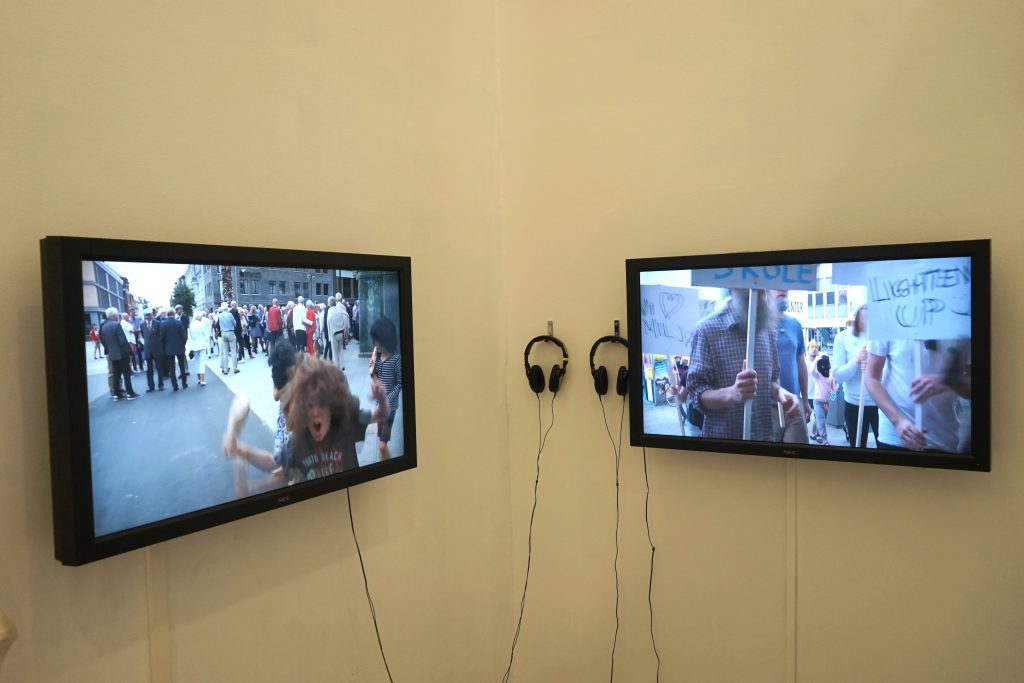 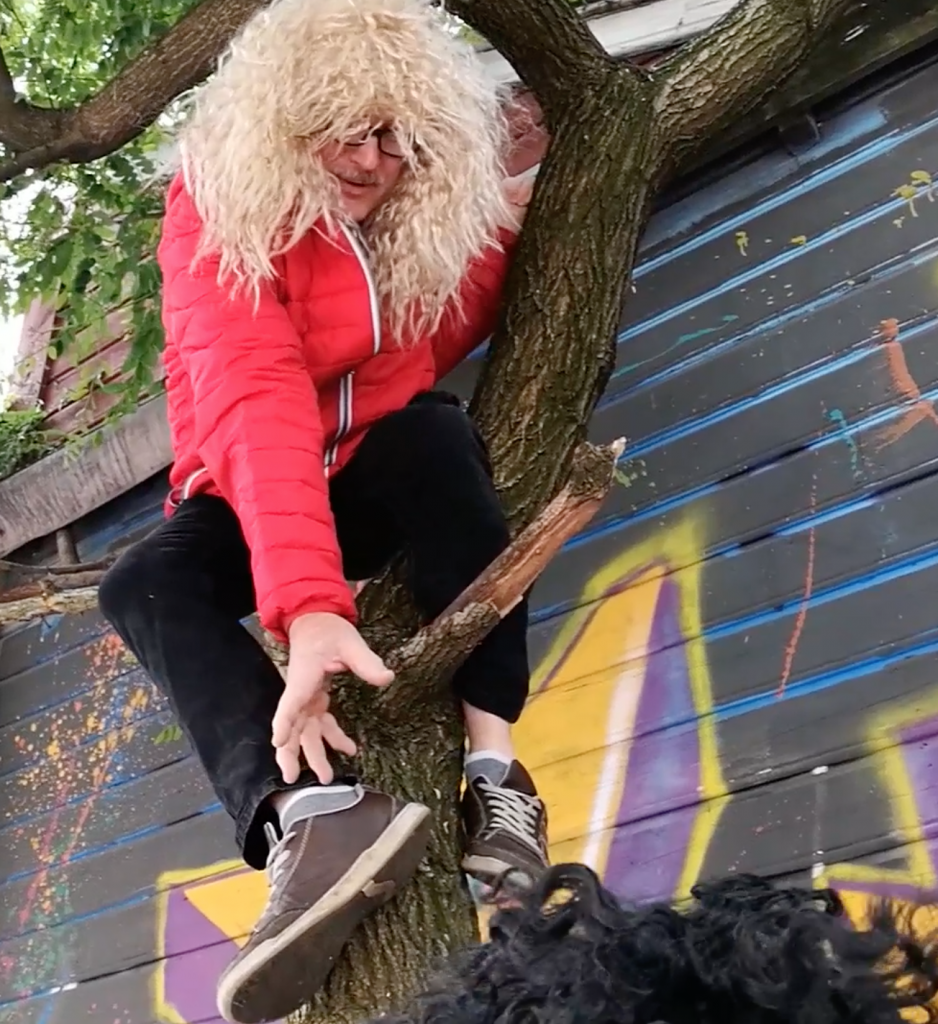 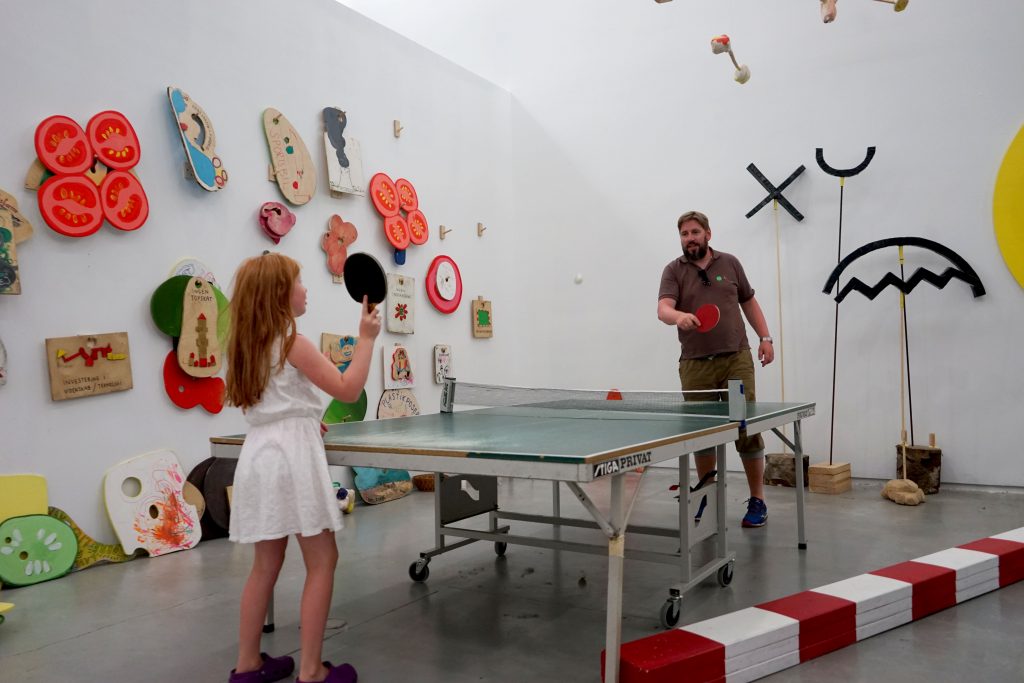 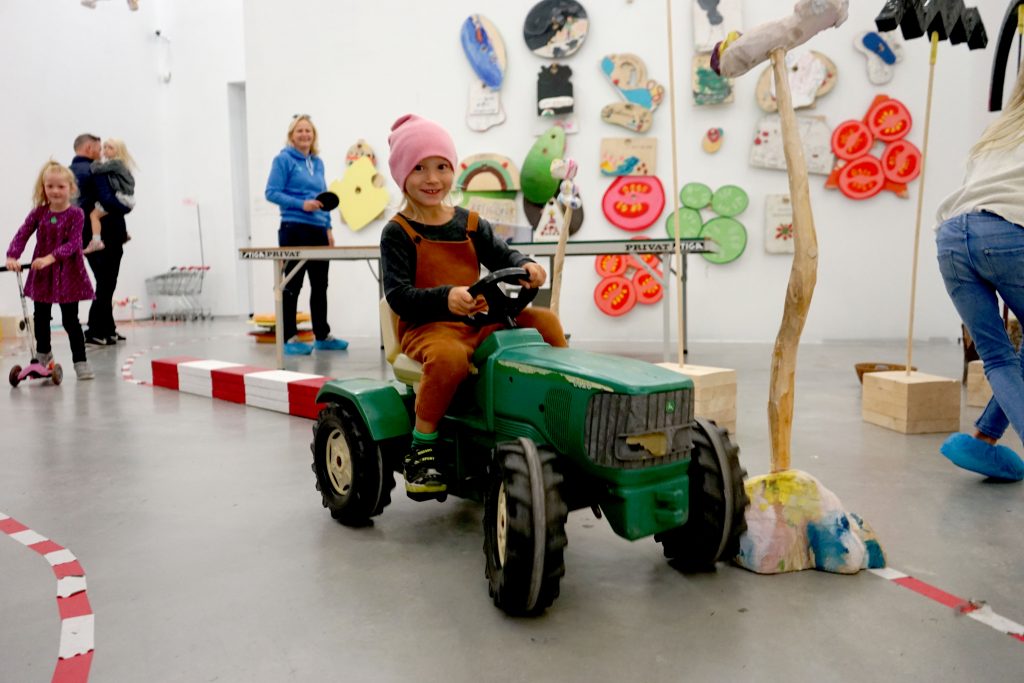 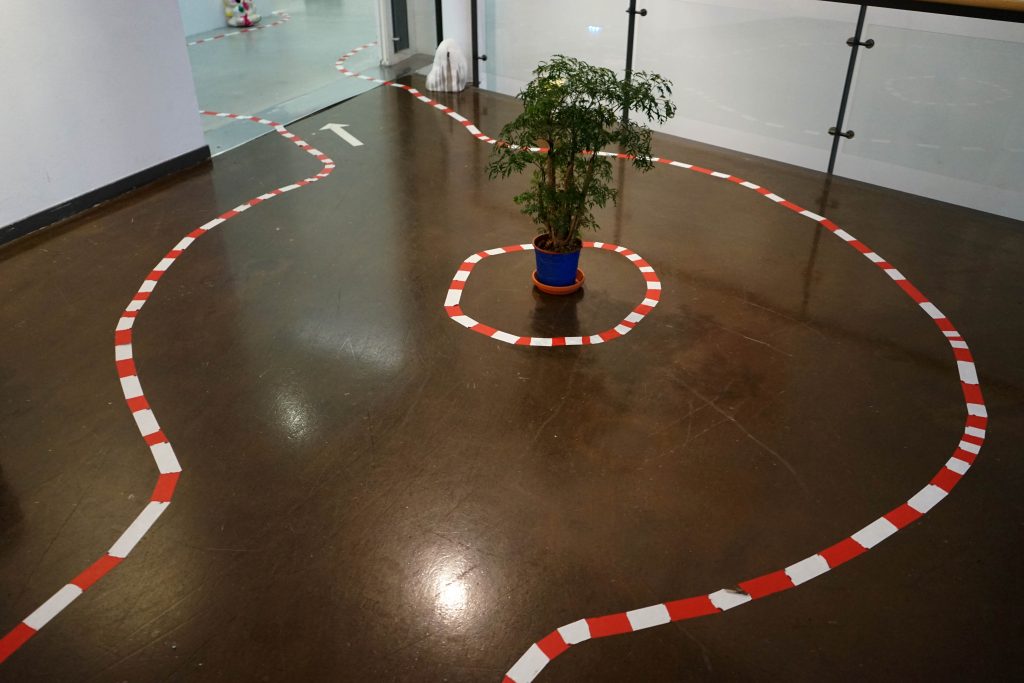 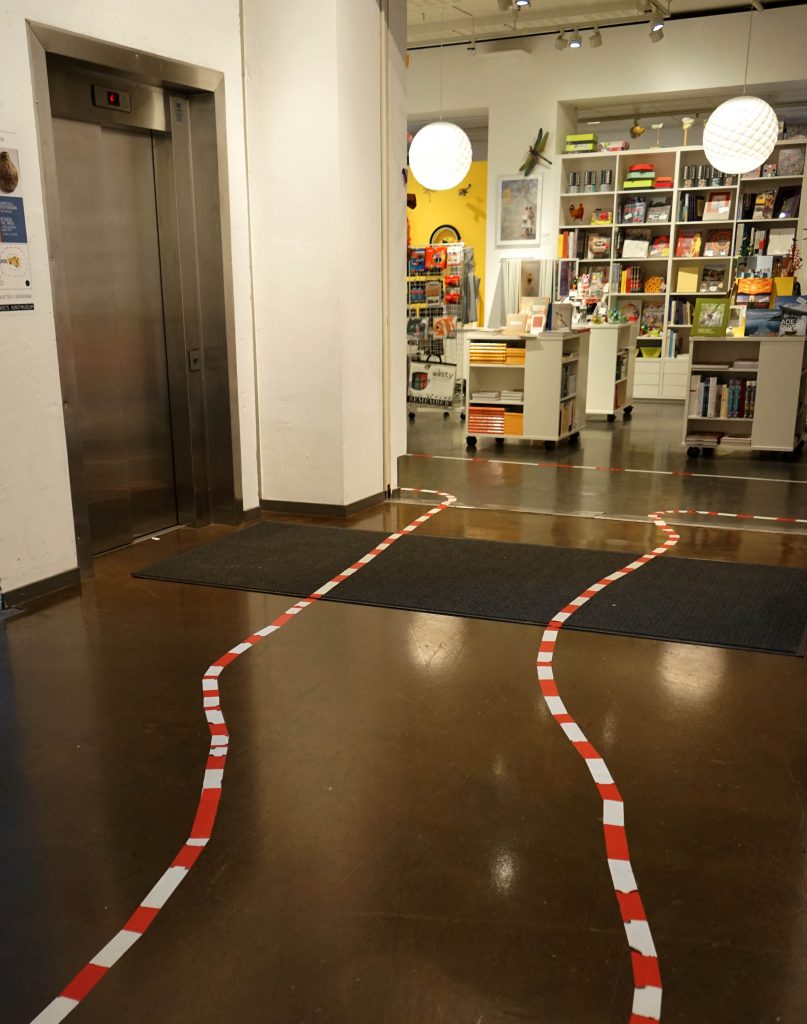 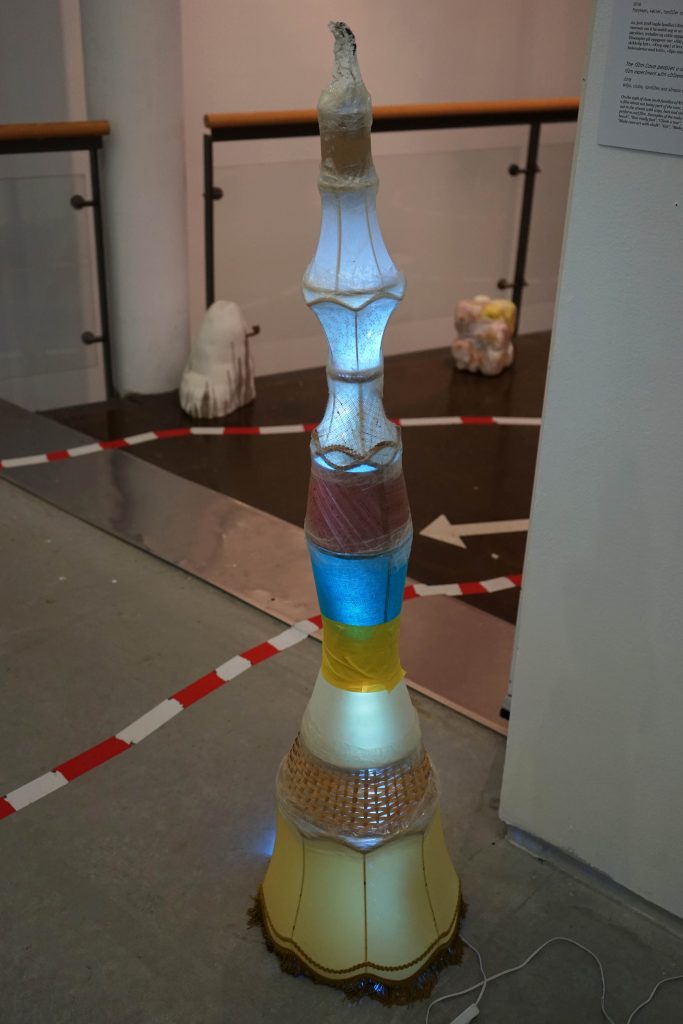 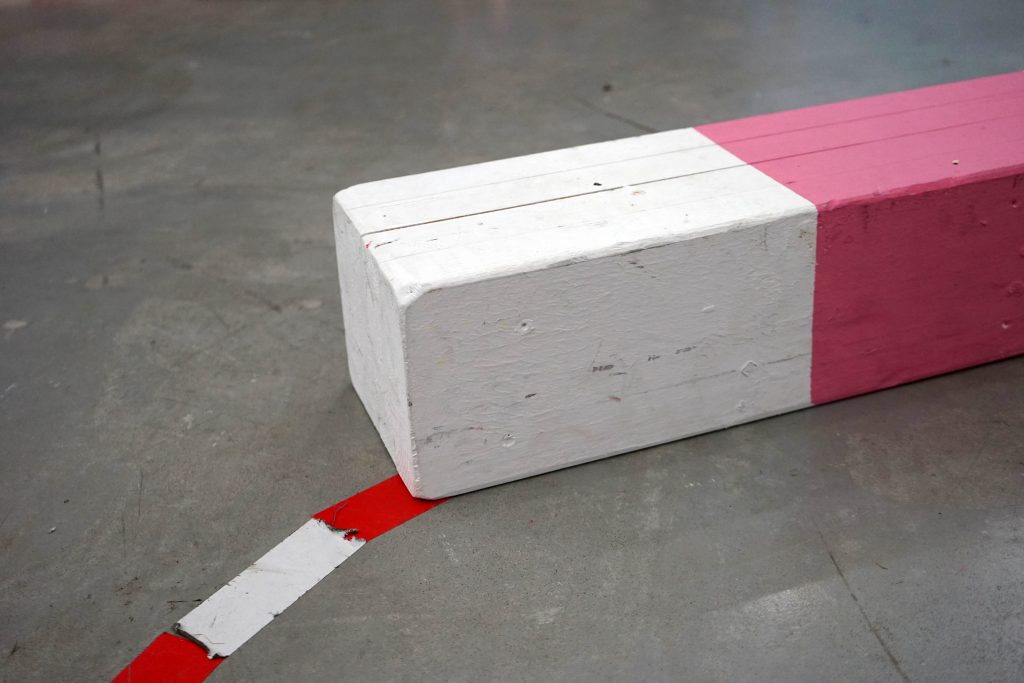 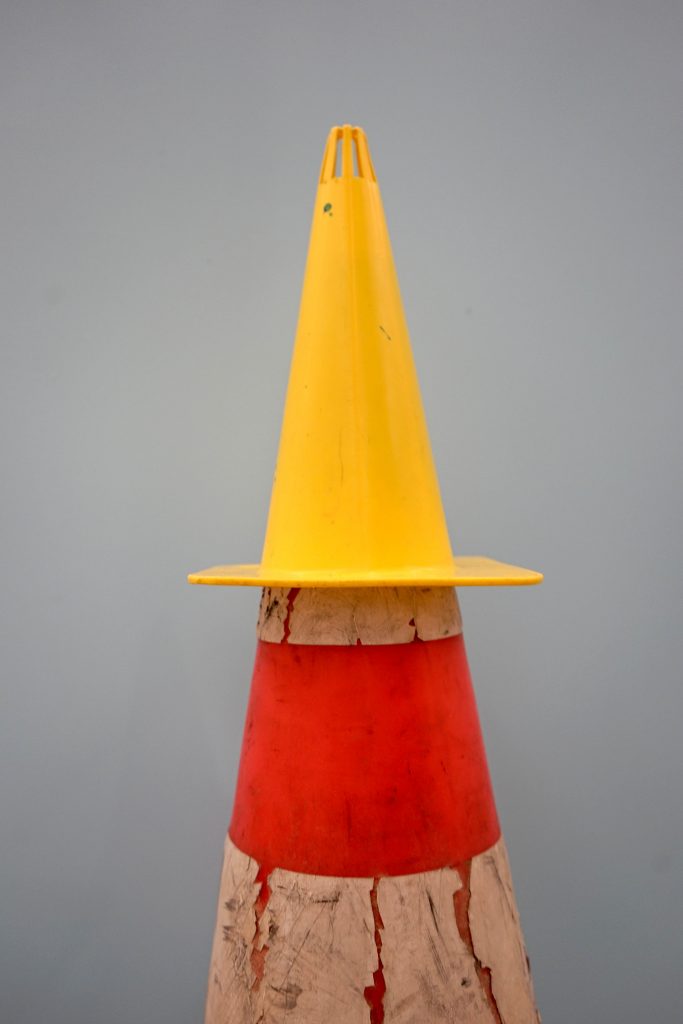 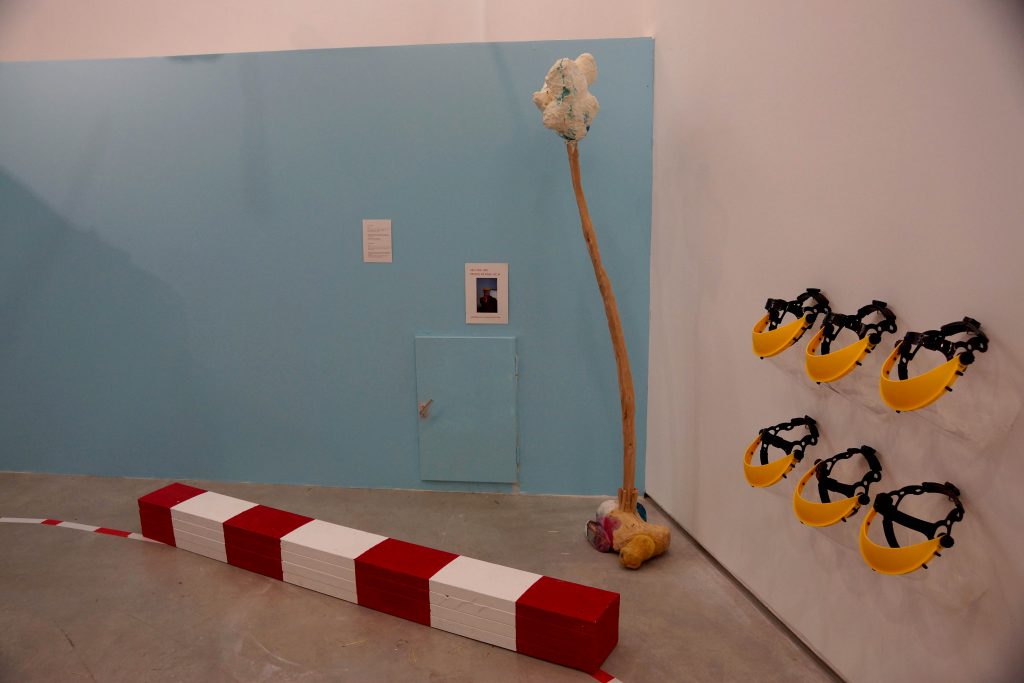 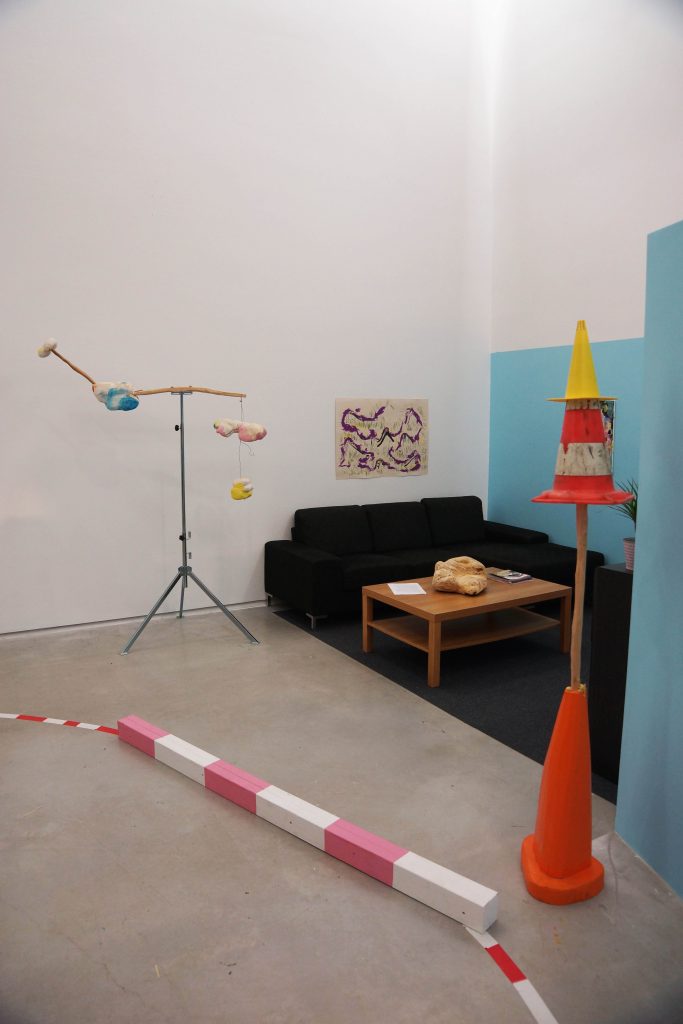 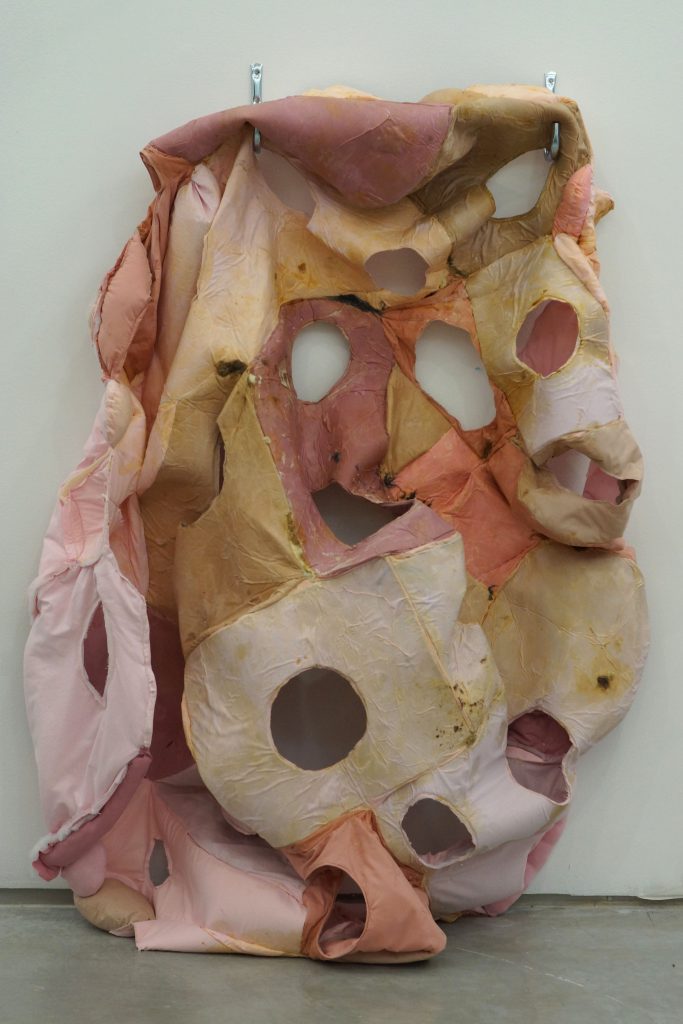 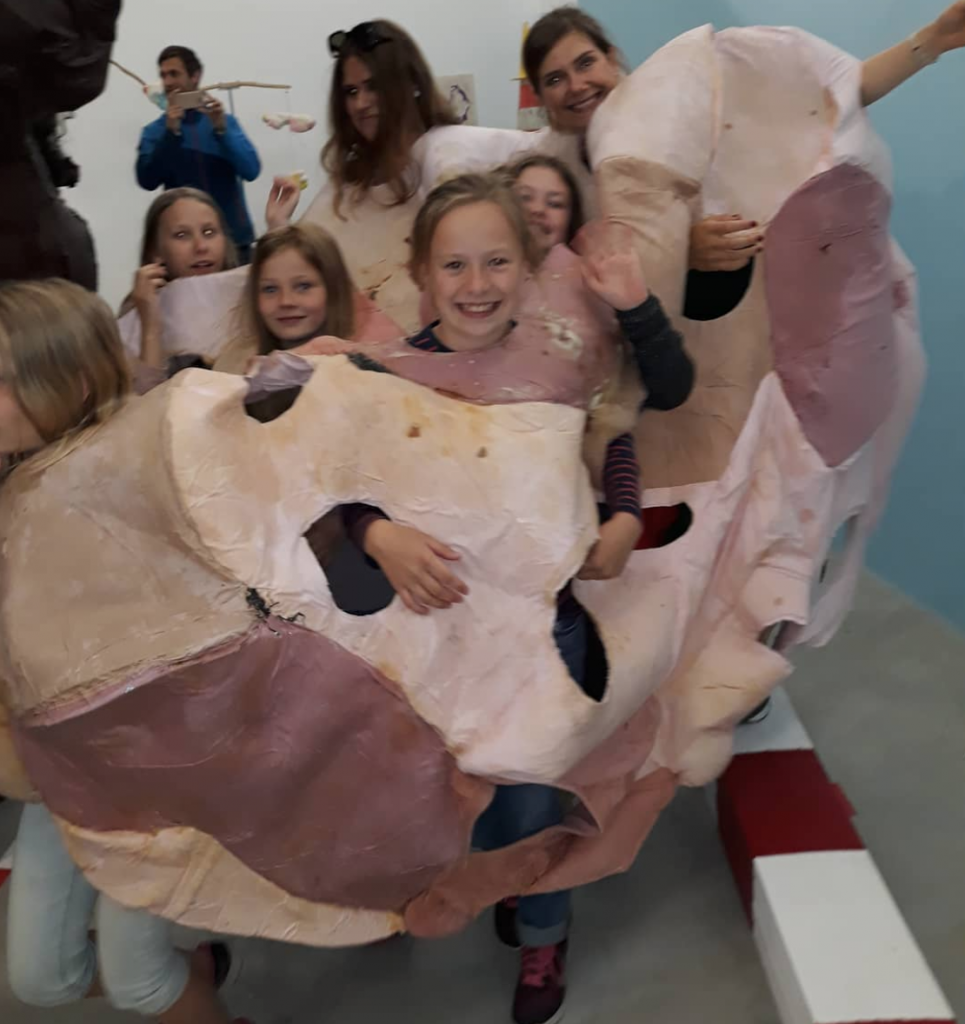 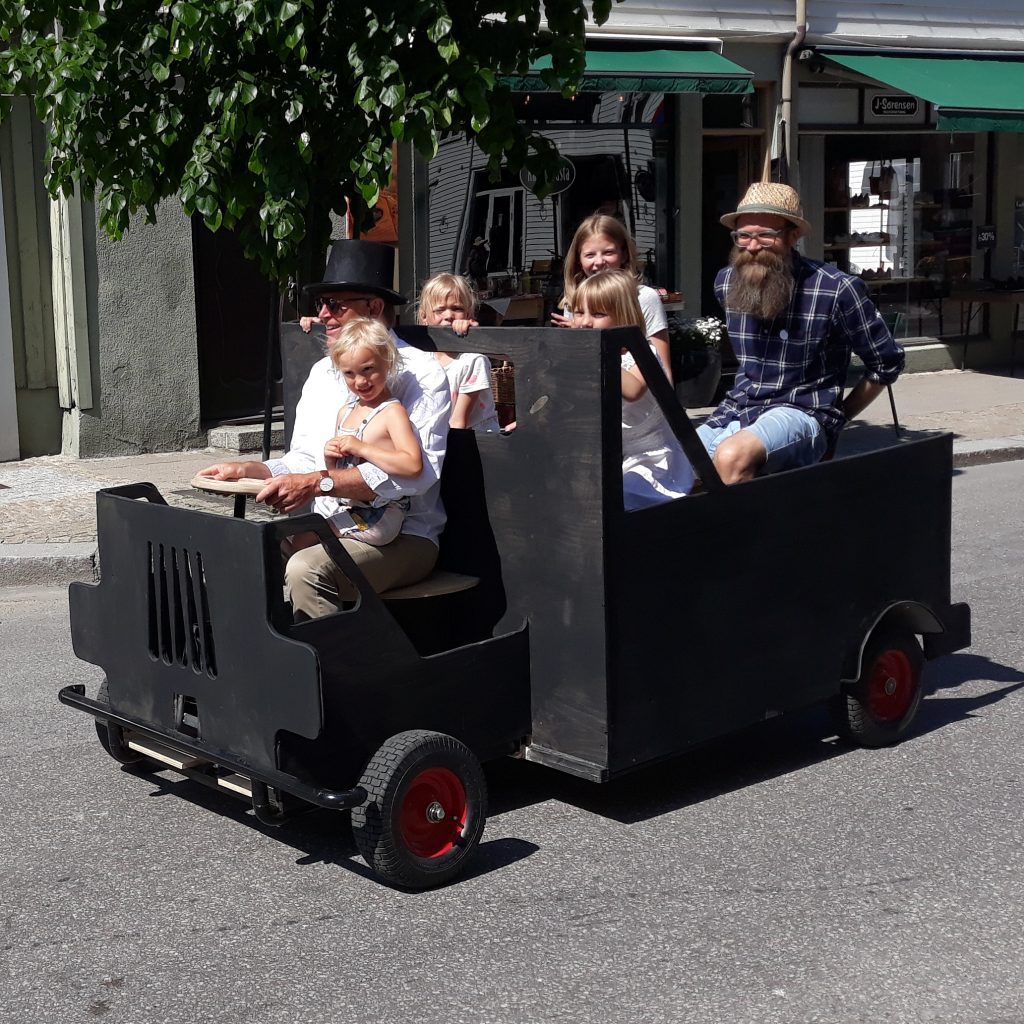 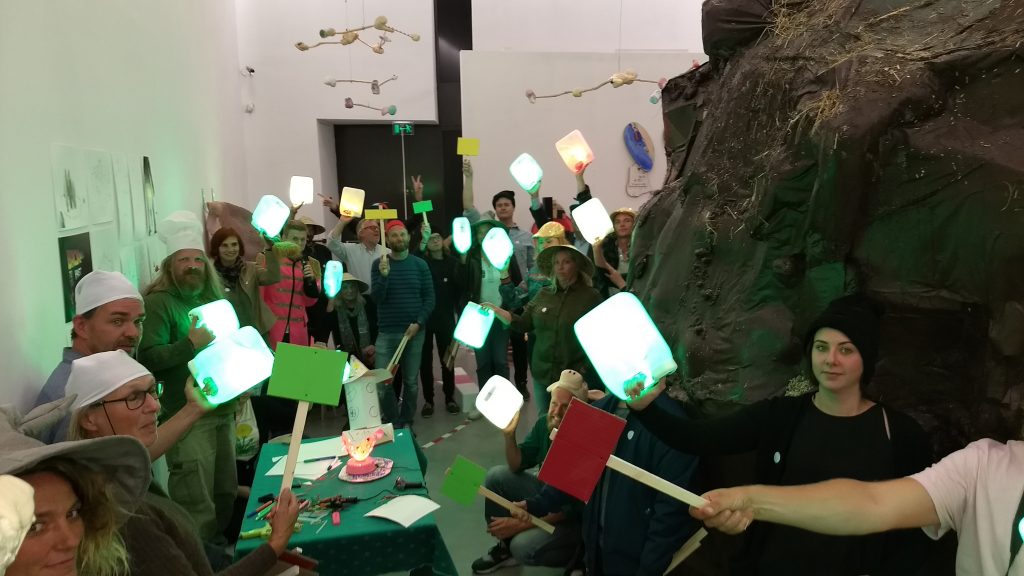 Pelle Brage & Co
Grand Prix
A concrete and imaginative exhibition for the whole family, in the midst of the consumer oriented society of Kristiansand .
May 26–September 2, 2018. SKMU Sørlandets Kunstmuseum; Norway

Grand Prix is an exhibition, an experiment and a game about the society in which we live, by the Danish artist Pelle Brage. Brage invites us to enter a world of sculptures, installations, costumes and other things, inciting us to get involved and play, maybe even come up with new ideas about what our society can be. What kind of game do you want to play? And what kind of life do you want to live? In Grand Prix there’s no one way of doing anything.

Everything revolves around a big brown sculpture, a lump of dirt, or a grotto if you like. Other sculptural elements are a big smiley-sun, colourful clouds, “the director’s car” and “the society hamburger.” Children and grown-ups can play in a small factory filling bottles with SKMU-water, or go about the exhibition collecting wooden vegetables and lumps of gold. There’s also a ping-pong table, a lounge area and a war zone where children can shoot NERF-guns. A Super Host will give you challenges and invite you to do various experiments or create a model of your own dream land.

With Grand Prix, Pelle Brage wants to find out whether art’s materials and aesthetics can contribute to something other than political debate. In our effort to achieve climate balance, or in our struggle to solve problems through discussions and politics, have we forgot something? It’s time to bring art into these efforts, with all its energy, fantasy and unpredictable magic. What possibilities can arise from a family trying to solve the world’s problems with a lump of dirt as a starting point? Could it possibly lead to a new type of love emerging and spreading throughout society?

Opening: May 26, 2–5pm
Pelle Brage and his family is present. SKMU Director Reidar Fuglestad will take a ride around town in the Director’s Car. Concert by År og Dag, The Super Host is present! Lots of activities.

Show: June 13, 7–9pm
Tonight’s theme is urban planning. We are trying to solve the problem’s of Kristiansand with a glue gun duel. Referee is Mikaela Wasström, Phd in urban planning. Musical seance by Filip Ring Tenderup.

Film shoot for Back to the past: June 24, 11am–2pm
Join us for a social film experiment! When talking about the climate crisis the sollution is sometimes way too obvious. We have to go back in time! Together we make a film where we all are cave-men, -women and -children.

Show: August 22, 7–9pm
Tonight’s theme is the museum’s role in society. We will give shape to the museum’s potential through a good art duel. The audience vs. the experts. Referee SKMU director Reidar Fuglestad. Musical seance by Filip Ring Tenderup.

Film shoot for Superheroes: August 25, 12–3pm
Join us for a social film experiment! We are Superheroes going out to town to find out: What does Kristiansand need? Right here, right now.

Finissage Grand Prix: September 2, 1–4pm
We hang out in the exhibition together with Pelle Brage and his family. Film screening, Musical seance by Filip Ring Tenderup, drinks, and more

Pelle Brage (b. 1978, DK) lives and works near Kristiansand, Norway. He studied at the Royal Danish Academy of Fine Arts in Copenhagen during 1999–2005. He co-founded the Danish artist group Parfyme and has developed many social art projects, interventions and exhibitions, in Denmark and internationally.